You won’t guess where you will find one of the most extraordinary churches in Christendom. It’s in a tiny island nation in the Mediterranean Sea. Yes, that’s true. I am talking about the Co-Cathedral in Valletta, Malta.

And don’t be ashamed of your ignorance. You may find solace in the fact that even if you were standing right in front of the cathedral you wouldn’t be able to tell what treasures of gold and fine art you would find inside. I certainly didn’t, and I am ok to admit that. In fact, you may not even realise that you were standing in front of a church. 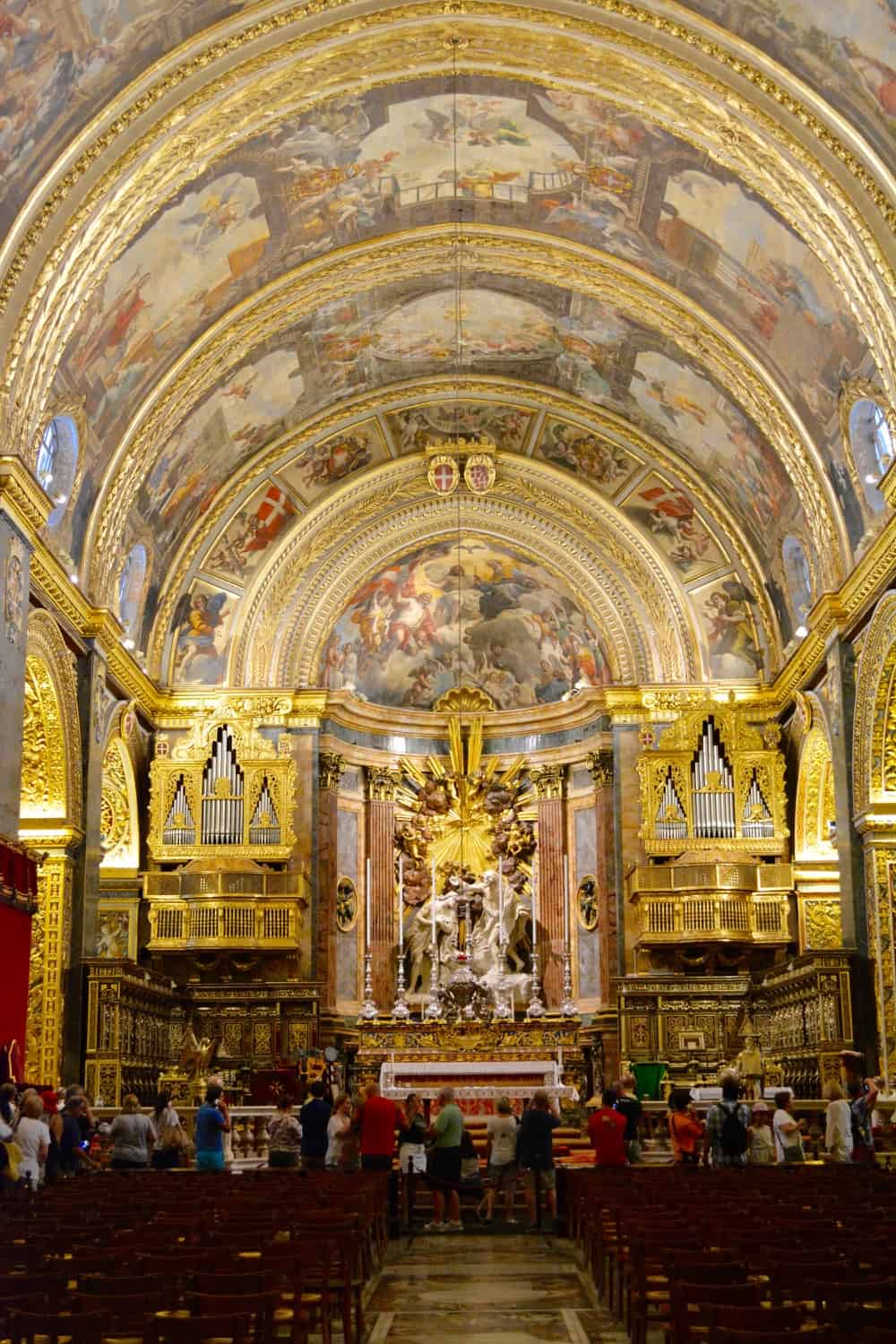 Outside a Fortress, Inside a Treasure Chest

Built in the middle of the 16th century by the Order of St. John, this cathedral is considered a wonderful example of European Baroque architecture. But even if you are not familiar with building styles, I can assure you that your breath will be taken away the minute you step inside this cathedral.

What makes the Co-Cathedral in Valetta so special is the stark contrast between the outside and the inside. There is nothing to indicate on the outside what beauty awaits you in its cool interiors. For somebody just walking by, the building is just one of the many dull and boring looking limestone buildings in the centre of the city.

A fortress rather than a House of God.

But step inside and you will be hit by the warm glow of gold, gold, and gold. It’s everywhere. From the elaborately decorated walls and columns to the domes and the vaulted ceilings to the side chapels. Gold is everywhere, polished and shiny. The altar with its golden pipes, as well as the pulpit.

In summary, from all the churches and cathedrals that I have seen in Europe (and I have seen a lot), this Maltese cathedral is topping them all. 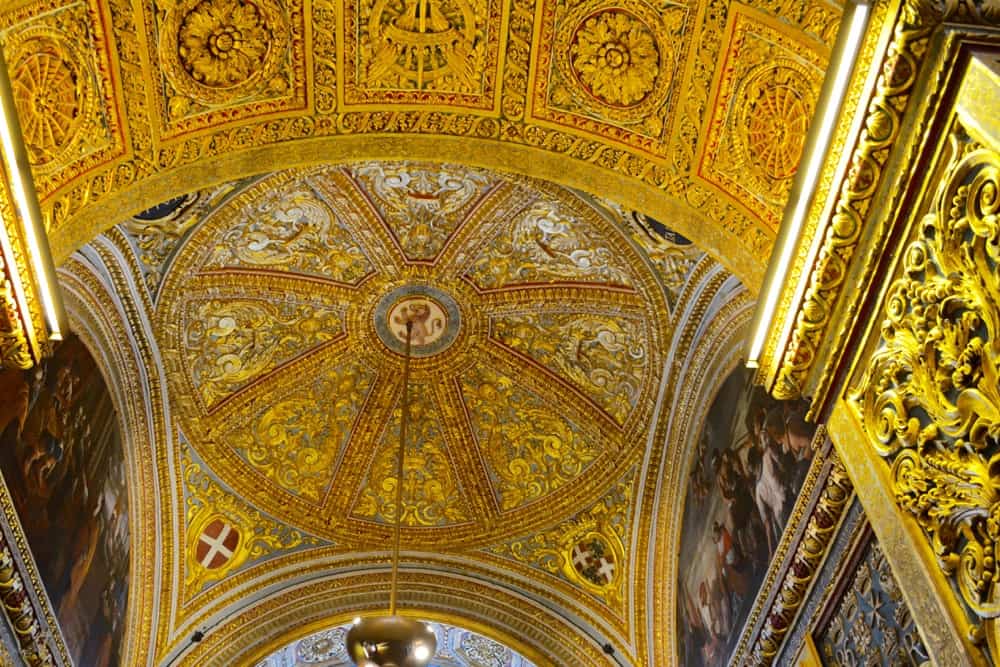 The Fascinating Story of the Co-Cathedral in Valetta

But there is more to the Co-Cathedral than at first meets the eye.

Amid all the shine and glamour, there are intricate details that hint at the mysterious builders of this fine church. The Order of St. John, also known as the Knights Hospitaller, are the building masters of this church. It was later to become their conventual church in Malta.

The Hospitallers are a military organisation within the Church, established around the turn of the first millennium in Jerusalem. Their initial mission was to aid the crusading efforts of the Christian states. Partly charitable with great contributions to hospitals and other important infrastructure projects, these noble men had sworn to defend Christianity from intruding forces.

During the Middle Ages, this meant the Ottomans, against whom they used military force in countless conflicts and sieges over the centuries. Yet, the Knights of St. John as well as the Christian princes and the Pope were never able to hold Jerusalem for long. As we all know from history classes, the crusades turned out to be one of the biggest failures of Christendom in the European Middle Ages.

Once expelled from Jerusalem, the Knights eventually found a new base in Malta. A granted fiefdom by the King of Sicily, Charles the I. of Spain, who wanted nothing in return but one Maltese falcon per year. Here in Valetta, the Order then started to build strong fortifications, the St. John Co-Cathedral and other buildings, changing the face of Malta and the history of the island forever.

The Knights were not very popular with the Maltese population. But you cannot deny that they were crucial in the defence of the island from Ottoman conquest.

Later, in search of a new destiny and a new role in the European web of politics, they also became a mighty force against Ottoman piracy. It was their ships that helped many European nations keep the Mediterranean Sea safe for international trade. They freed countless Christians from slavery aboard Ottoman ships. 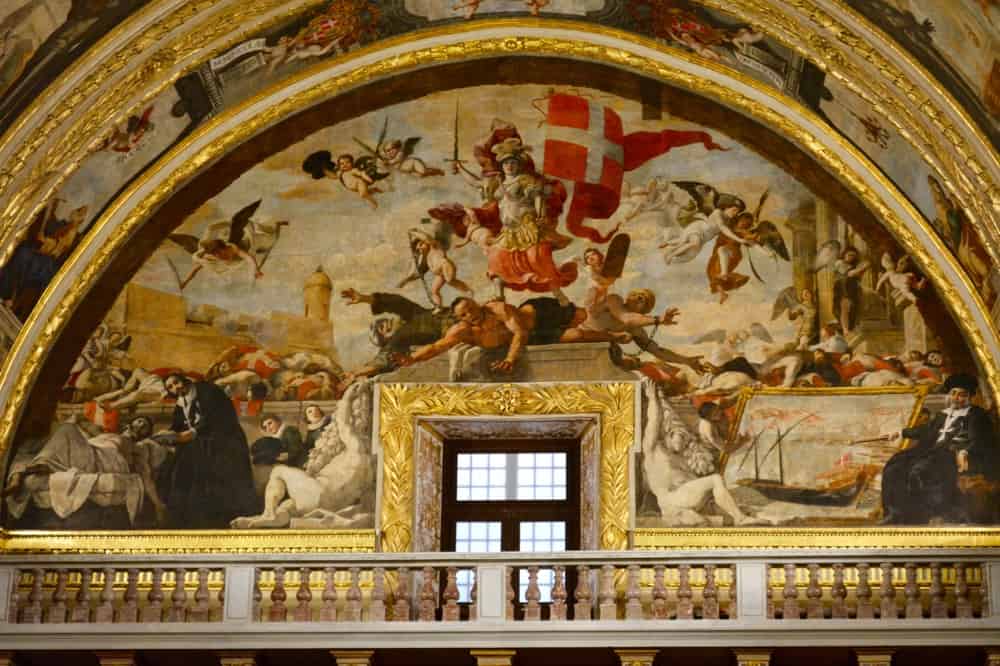 A Morbid Monument of the Order of St John

Everywhere you look, the military background of the Order is evident in the Co-Cathedral.

Turn around and you will see a figure painted on the wall, clad in armour. With a sword in the hand the figure is fighting infidels and heretics and saving the true believers in their shackles. Look down and you realise you are walking on tomb stones. In fact, the whole church floor is made of tomb stones. They cover the gravesite of around 375 knights that have been buried here.

The decorations are striking and rather morbid. The scenes depict skeletons wielding swords and shields, often with the identifying arms of the knight. This gives the graves a somewhat more personal touch than any inscription would do.

Along the sides of the cathedral are the chapels of the eight langues of the order. Langues are the different sections of the Templars. As the first truly European organisation these men organised themselves into regional groups. There is the Chapel of Italy, for example, and the Chapel of the Provence. Each one of them with even more intricate detail, more elaborate paintings, more gold and riches than the other.

An almost overwhelming experience to walk from one chapel to the next through the narrow arched doorways. 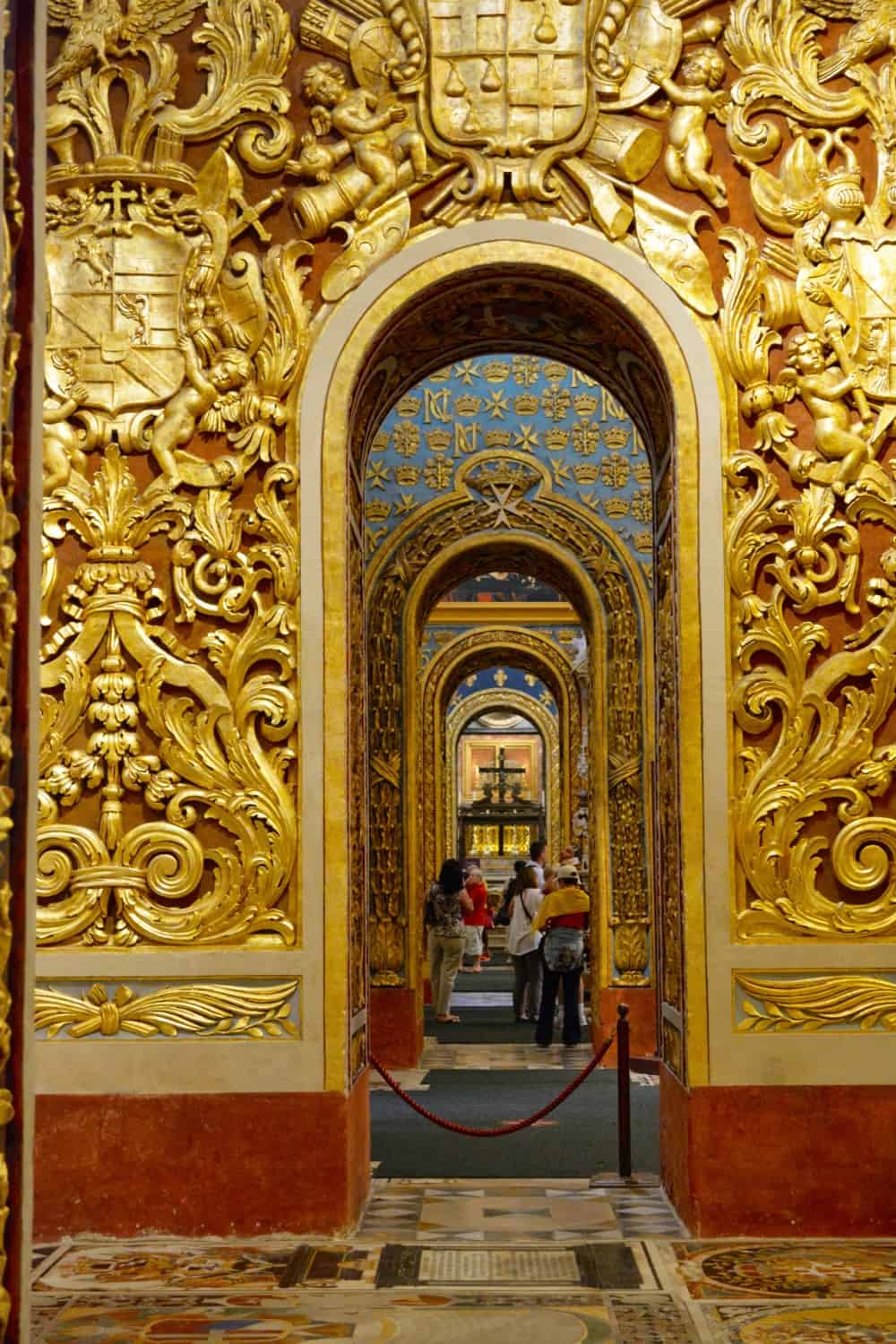 A Hidden Secret in the Oratory

Not to be missed, the only signed work of Italian master Caravaggio which can be found in the Oratory adjoining the church. The Beheading of Saint John the Baptist was finished in 1608 and, unlike many other masterpieces, hangs in very room that it was painted for.

Due to the delicate nature of the artwork photography is completely prohibited in the oratory. Unfortunately, I cannot share with you the grandeur of this huge canvas with its seemingly illuminated scene of the beheading. However, you can have a look on Wikipedia for more details.

A Hidden Gem in the Heart of Valletta

Without doubt, despite its unassuming exterior the St. John’s Co-Cathedral in Valetta is one of the must-do things when visiting Malta.

The church is open to visitors six days a week (except Sundays and Public Holidays). Visitors must pay an admission fee of around EUR 10.00 per adult. You will receive a handheld audio guide with helpful information on all the significant features of the building and the history of the Order.

I cannot recommend a visit warmly enough – more stunning photos to the bottom of this post!

30 photos that prove that Valletta’s Baroque beauty is everywhere 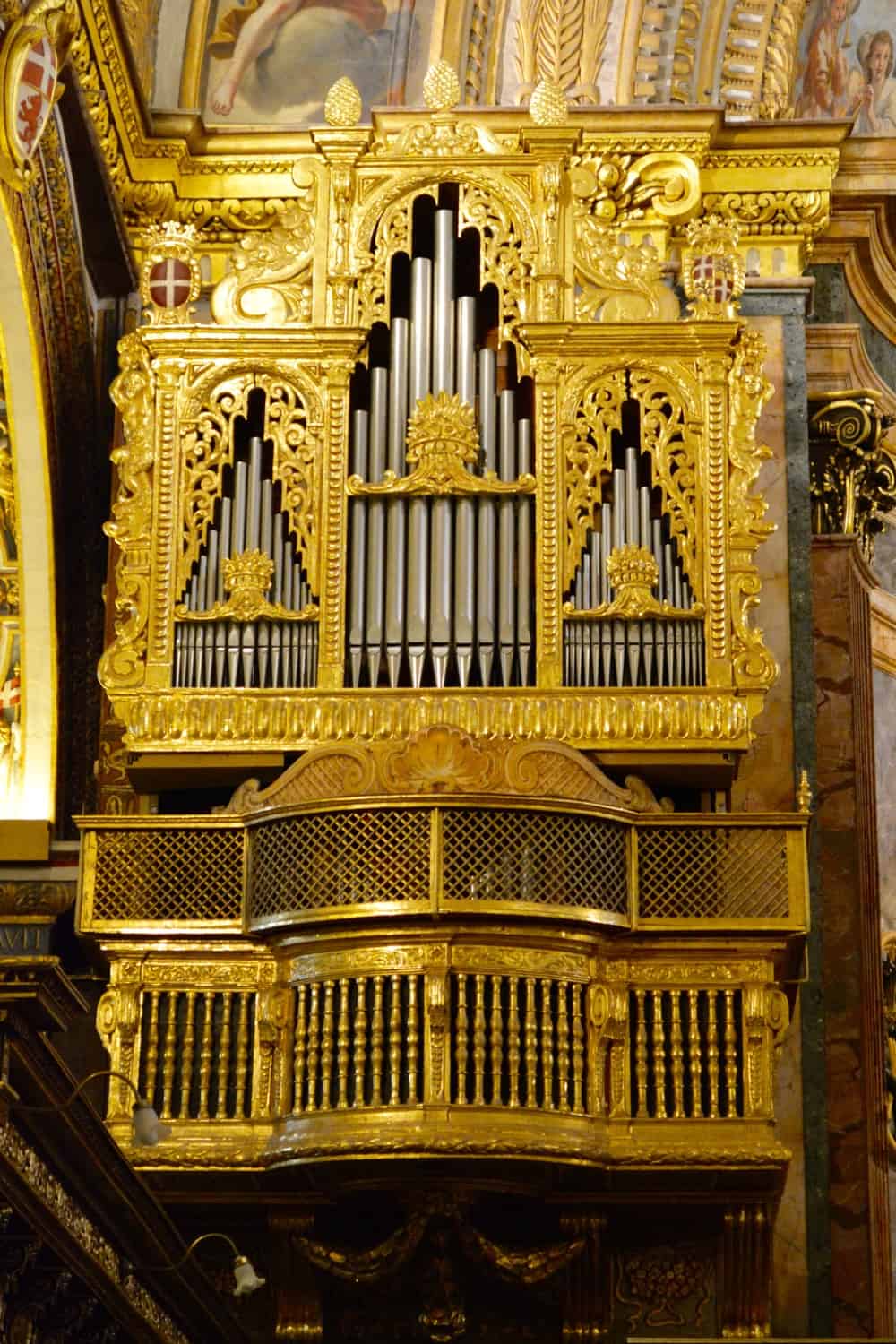 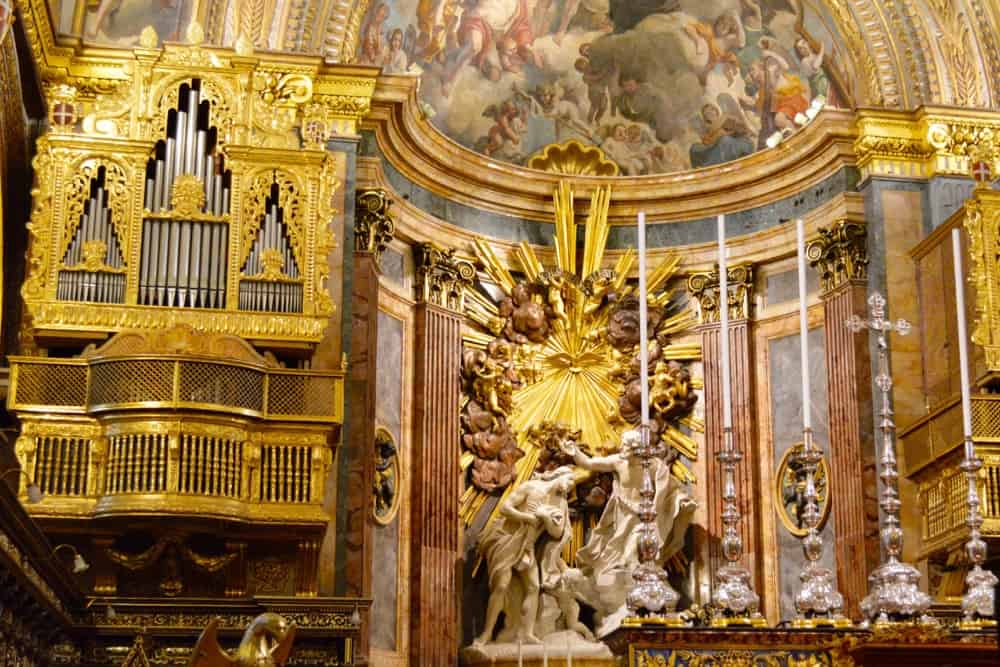 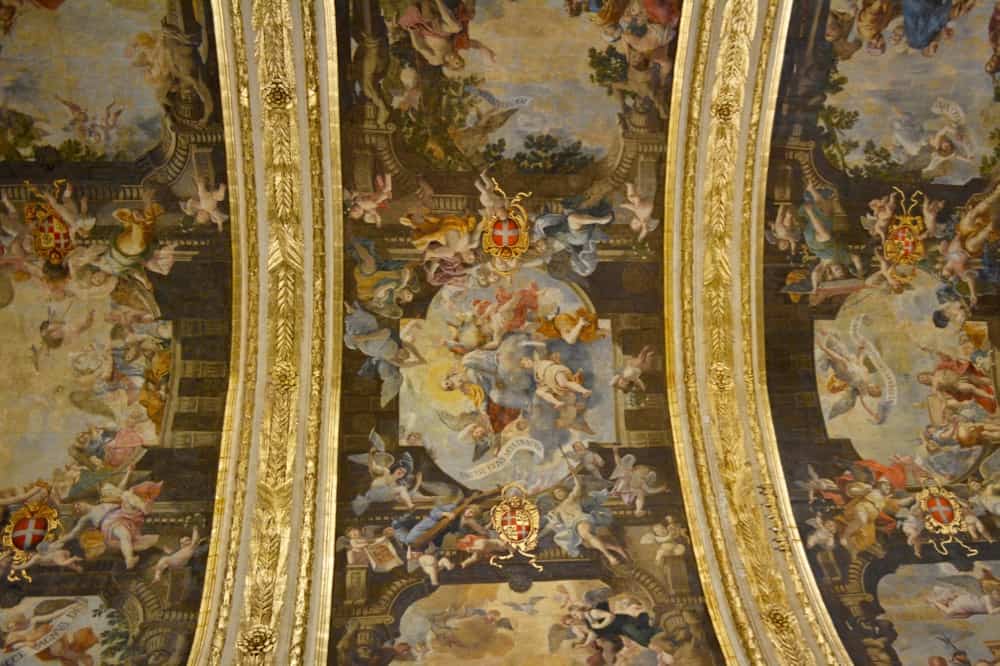 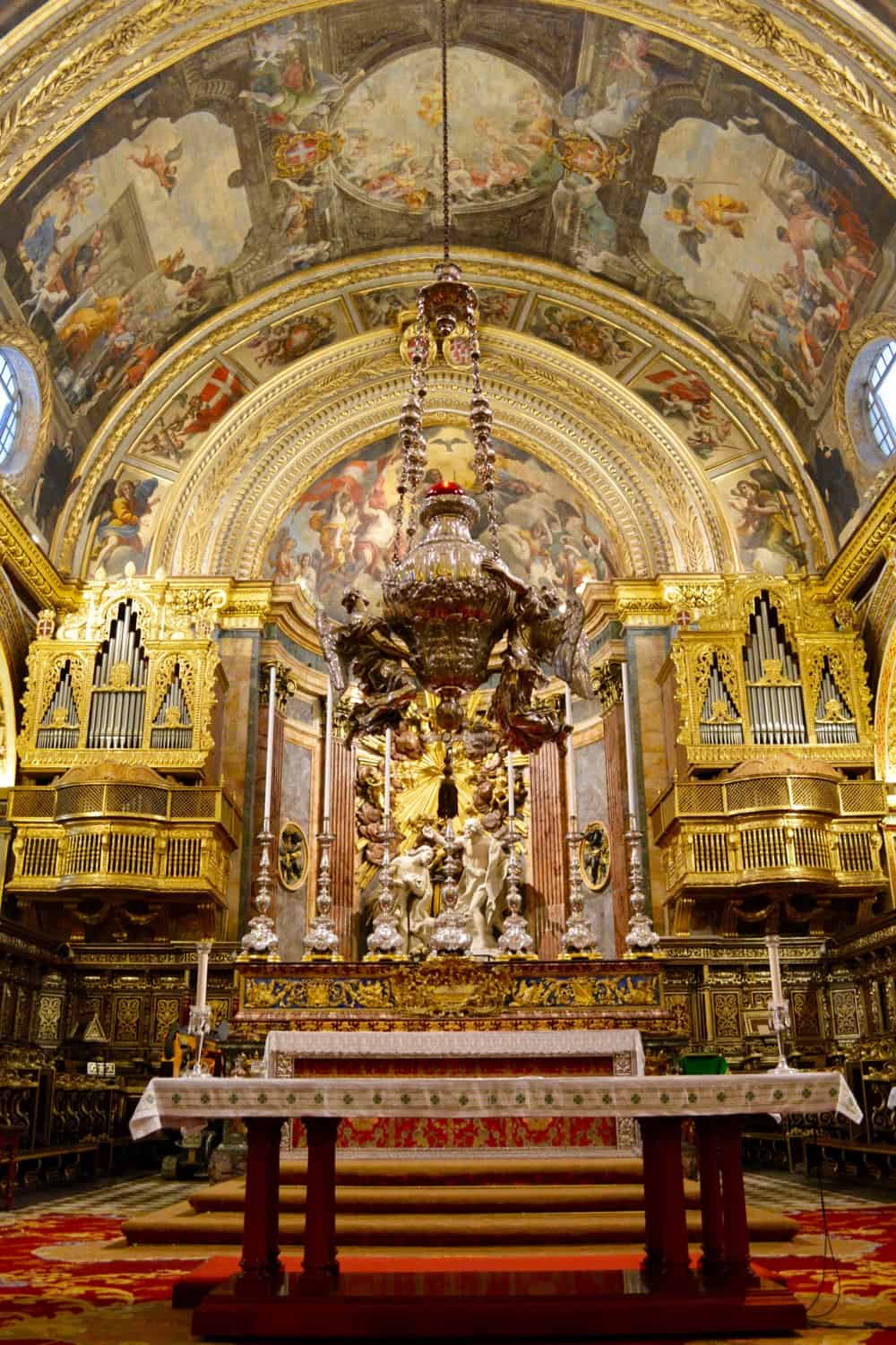 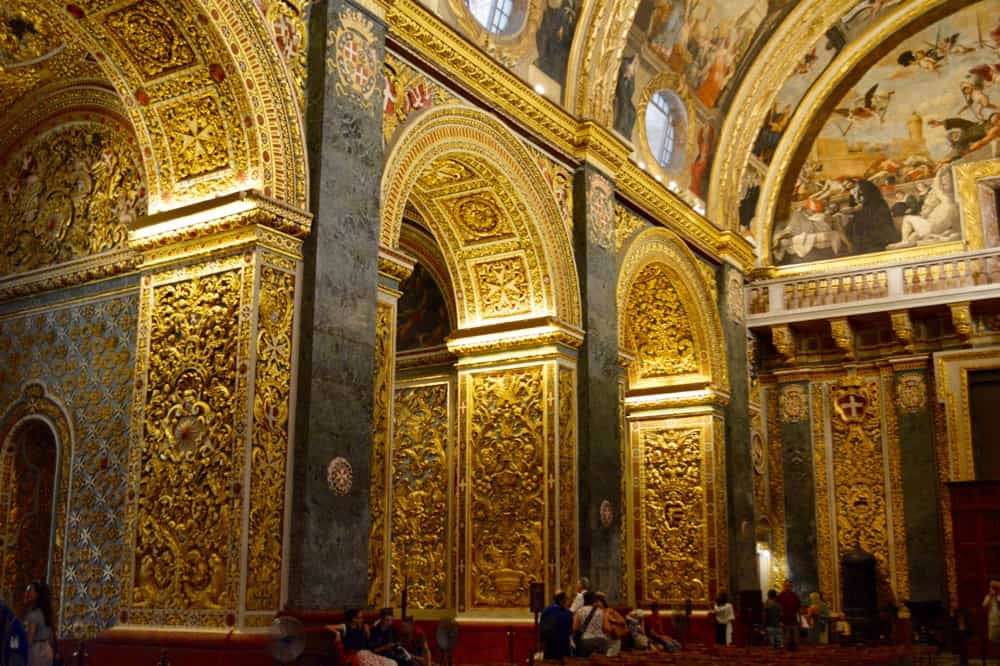 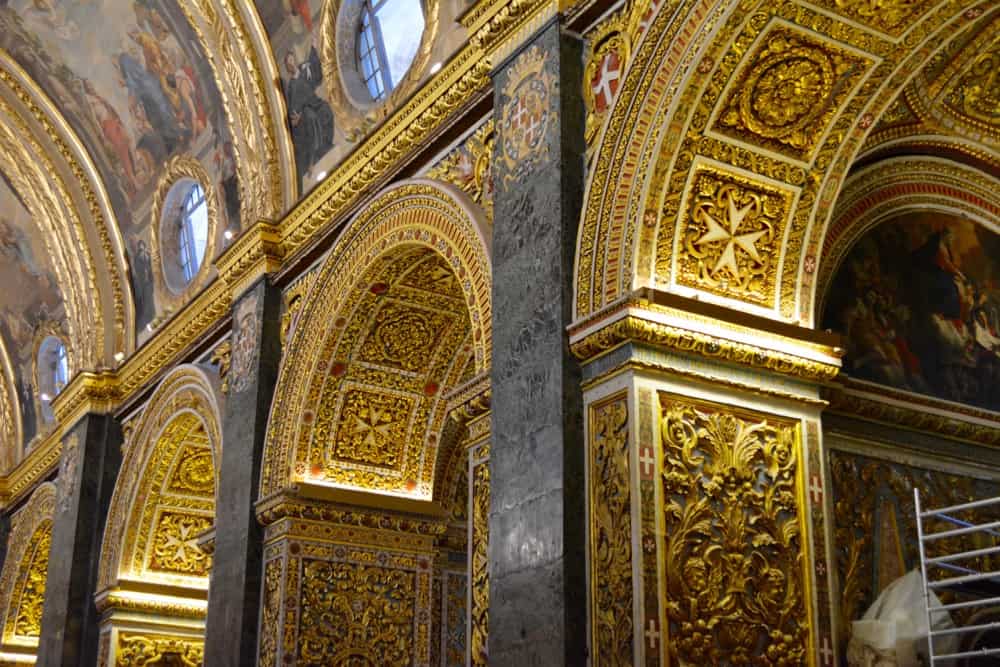 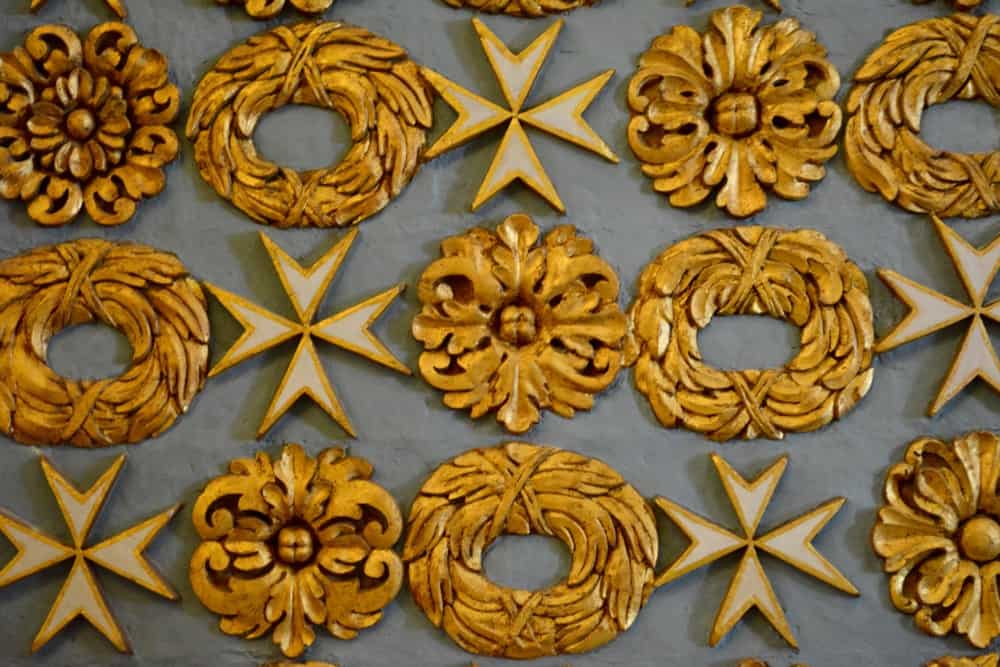 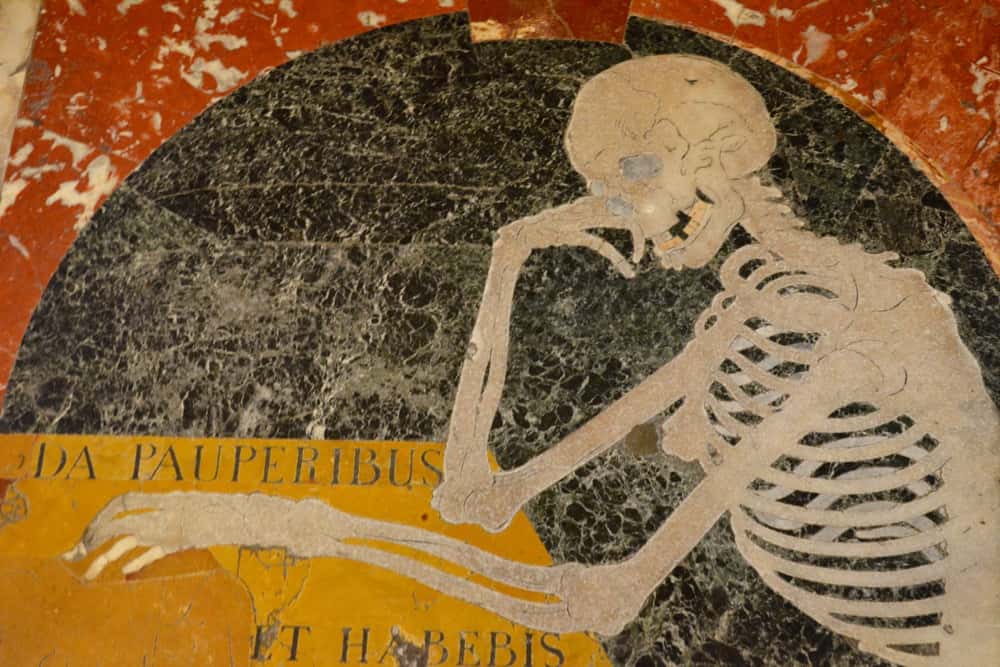 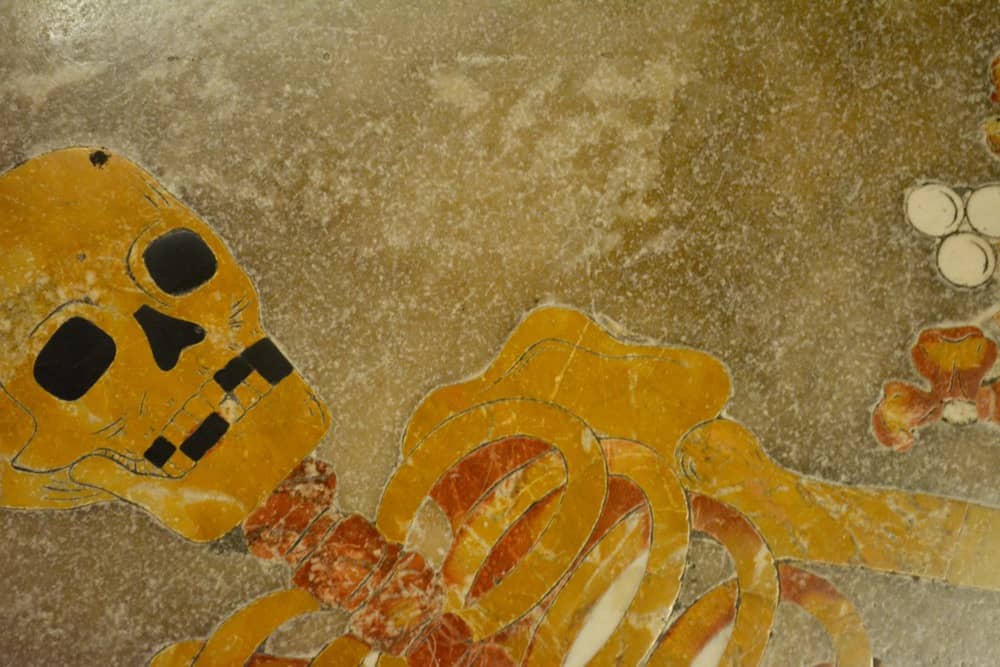