Mdina is a small Maltese town that was able to win us over in no time at all. And this was despite the fact that we were both tired and overheated and desensitised of medieval town centres. Not surprisingly, Mdina is one of the most popular tourist destinations in Malta, and here is why we came to love that place too:

The day we visit Mdina has been been a long day of sightseeing. A hot summer’s day, with sizzling temperatures and little shade. We are in Malta, the tiny island nation in the middle of the Mediterranean Sea. Not quite Italian but also not quite Arabic. A bit like England but not really. Maltese. Somewhere in between all of these. There are French influences here as well as Italian. The climate is dry and hot, the terrain steep and unforgiving.

We are tired. After days on a cruise ship exploring countless medieval town centres such as Kotor, Venice, Dubrovnik and Corfu we are a little bit oversaturated. And now that the ship is in port in Valetta we feel we can only take in so much more.

The way we see it, it’s just another cobblestone alley town with imposing city walls and crumbling facades.

Not that we don’t like Valetta. It’s a beautiful place, full with beautiful people. But we are weary. We are tired. We start to fail to appreciate the uniqueness and the grandeur and the awesomeness of historic old cities. And we are a little bit ashamed of it, too.

It’s the end of the day, and it’s towards the end of our tour that the bus takes us out of Valetta and into the country. Mediterranean landscapes swooshing by, irrigated fields and compact, efficient family cars, dry river beds, functional apartment blocks in the distance. It’s late afternoon, but still, the sun is relentless. We recover from our walk through Valetta in the cool air of the air-conditioned bus.

The Former Capital of Malta and a Game of Thrones Destination

It’s not really me, but by the time that I am sitting on the coach in Malta I have lost track of time and place. I have somehow surrendered, offering my mind and body up to the skills of the tour guide who promises to show us one last treasure before leaving the island – Mdina.

It’s the previous capital of Malta, before the Order of St. John arrived in 1530 and changed the face of the island entirely. It’s a city with an Arab name but a cathedral in its centre. A contender for the UNESCO World Heritage Site list but still overlooked by the world. A Game of Thrones shooting destination.

Although usually keen to explore new things, sitting on that bus I suddenly feel overloaded with a wealth of new impressions from the handful of countries that we had visited in such a short timeframe. I feel less than prepared, and when Mdina appears on the horizon, sitting on top of a plateau like a queen on a throne, majestic and proud, we come to the decision that all we want is to walk the city and enjoy the ambience and the sights. No agenda, no plans, no maps.

A plan that works out perfectly for us in Mdina.

Not unlike many other European cities with medieval town centres Mdina is also largely free of traffic. It’s a wonderful feeling, being able to just stroll down the streets with no worries at all. No honking, no petrol fumes, no giving priority to the motorised traffic. Yes, there will be the odd delivery truck and a local’s car or two, but overall Mdina is deliciously free of traffic, making it a wonderful place for explorers like me.

With no plan and no understanding of the historic significance of the city we just walk along the empty lanes, listening to the flip-flopping sounds of our feet which echo along the windowless walls.

The soft yellow colour of the sandstone walls, the closed shutters, perfectly reflect the images you have of sunbaked desert cities. The light of the afternoon sun, the warm glow and the deep shadows, give the city an enchanted, other-worldly and timeless atmosphere. We discover many nods to the Arab influence in the architecture, mixed with Baroque elements and a British feel – the curved lines, the heavy door knockers, fire-engine red shutters. 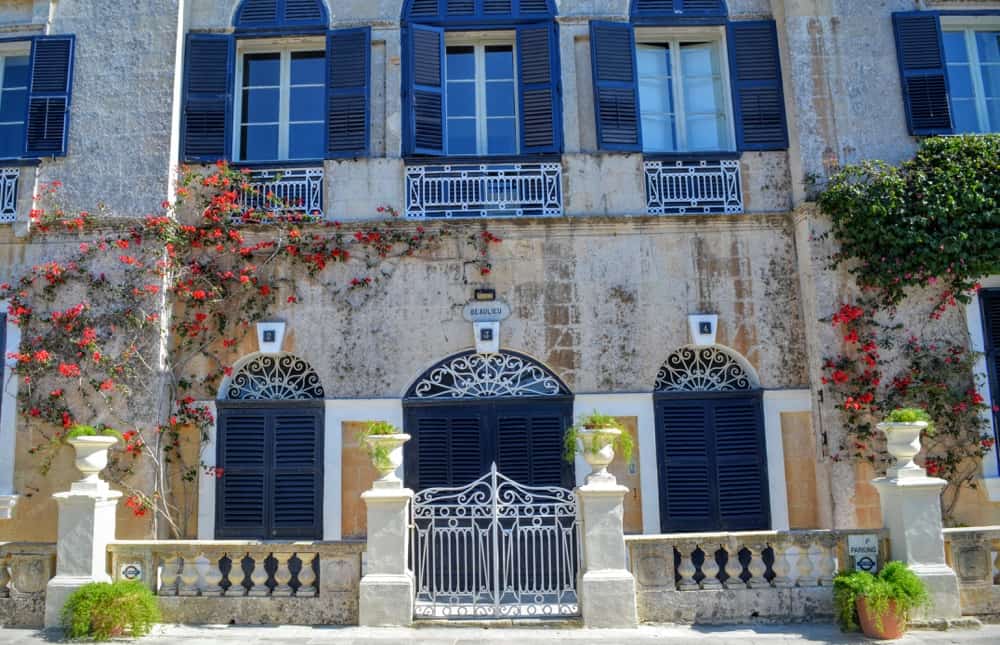 Lonely trees, caged in their planting hole, surrounded by century old pavers, stand like guards in the tiny courtyards. Sometimes an abandoned well will keep them company, testament to the old age of the city. Only 300 people live within the walls of Mdina today; we see less than a handful while strolling the quiet streets that capture the afternoon heat like an oven.

The Haunted Feel of Narrow Laneways

Yes, when we first came to Mdina we felt bored after having visited some many old Mediterranean cities. Like the spoilt brats that we are. I am ashamed to admit that. A city wall, again. We walk through a city gate, again. A cathedral on a large square, again.

But then Mdina came along, and our interest in the haunted feel of narrow laneways, cobblestone surfaces and hidden courtyards got invigorated. Beautiful details, the display of colours, the curious mix of styles. We came with no expectations, we left hopelessly in love.

What about you? Have you been to a place that you had little patience for, only to be taken over by its atmosphere and sheer beauty? Let me know in the comments below! 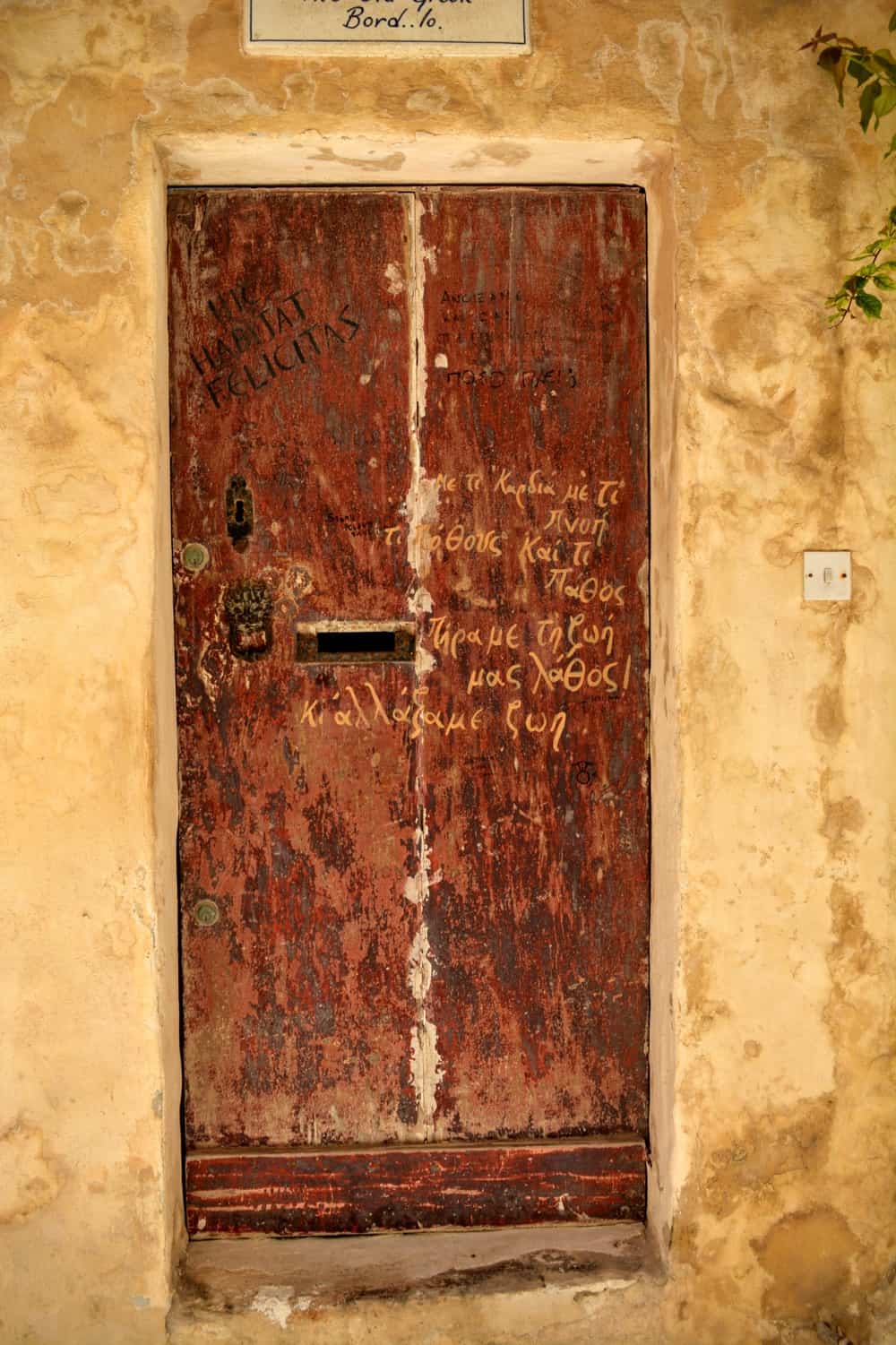 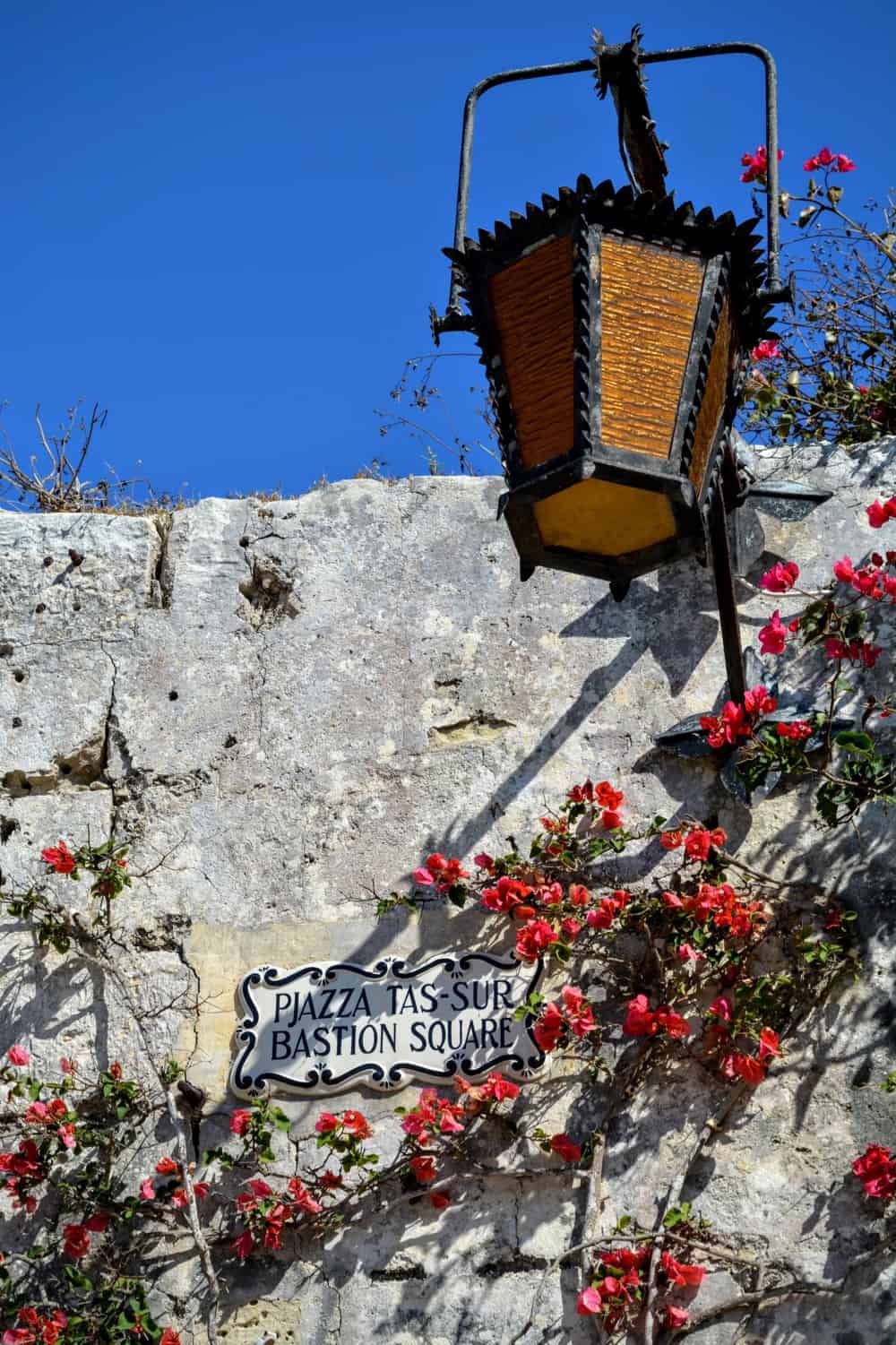