There was a ceramic tile glued to the greenhouse walls within the gardens of Kylemore Abbey. It was painted in earthen colours, with a blue sky. Plants had been pressed into the soft clay before firing to add tree silhouettes, you could feel the impression with your finger tips. The tile showed a picture resembling the wild Connemara landscapes of mountains, bogs, and forests. A name was handwritten on the top of the tile, Violet Henry, and a date underneath, “Born 1872”.

Walking around the Walled Gardens of Kylemore Abbey I found several of these tiles glued to the walls and structures of the gardens, each one of them dedicated to a member of the Henry family. It was their former estate that we were visiting on that day, a country house in the mountains of Connemara.

An estate that had once been a Victorian love token and a family nest, then later a boarding school and a nunnery. Even though on the day that we visited the skies had not been as blue as depicted in the handmade tiles, it was still an enchanting place to discover, steeped in history and with a colourful past that you could experience around every corner. 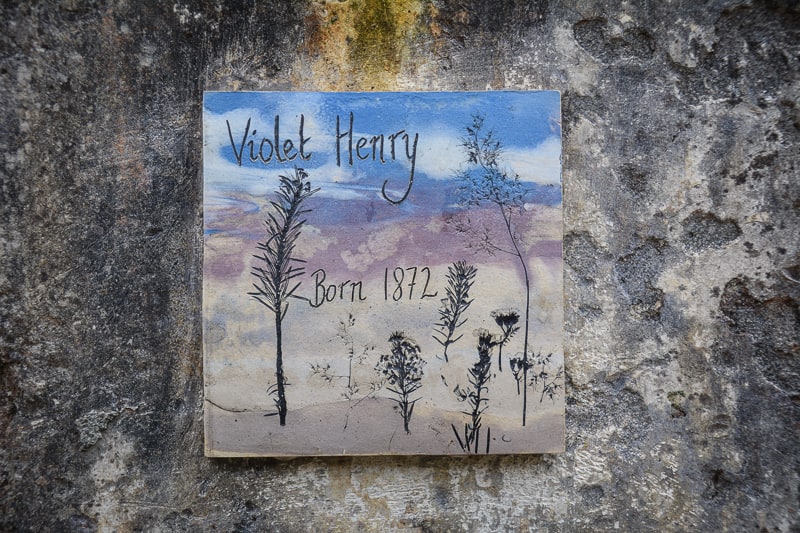 Kylemore Abbey, the Castle on the Lake

It was no coincidence that Kylemore Abbey greeted us with one of the most enchanting outlooks of our trip through the West Irish countryside. In order to achieve a perfect reflection of the building in the waters of lake Pollaacapull, Mitchell Henry had blasted his way into the tall mountains that framed the estate like a protective embrace. Any visitor to the house would have been impressed by this view. Mitchell had built the house for his new wife, Margaret, whose family arms over the doors greeted any visitor who came to the rural estate.

And there had been many visitors to Kylemore Abbey, first when it served as a country house to the affluent and influential Henry family. Later, when the house was turned into an abbey, and the nuns decided to open up a boarding school for girls. Inside, the tour would take you through the elaborately restored representative rooms of the estate. The beautiful dining room, morning room, sitting room.

Our guide explained the different stages of use of the house, and the role that the Henry family played in the local community as political representatives and benefactors to the tenants. She herself, she explained, had once been a student at this school which closed its doors for good in 2010, hence the deep connection between Kylemore Abbey and its local people.

But what made the visit even more intriguing was a short walk in the nearby woodlands. As it always seemed to be with many places in Ireland, there were many legends connected to this area, and we explored these as we were headed for the little Gothic church and the mausoleum of the family.

It was easy to drift off with your thoughts as you followed the path along the shore of the lake, dwarfed by ancient moss-laden trees. The rushing sound of water surrounded us, not just in the streams that we crossed on small stone bridges, but as a constant never-ending soundtrack, as the water was coming down from the towering mountains that framed the estate. 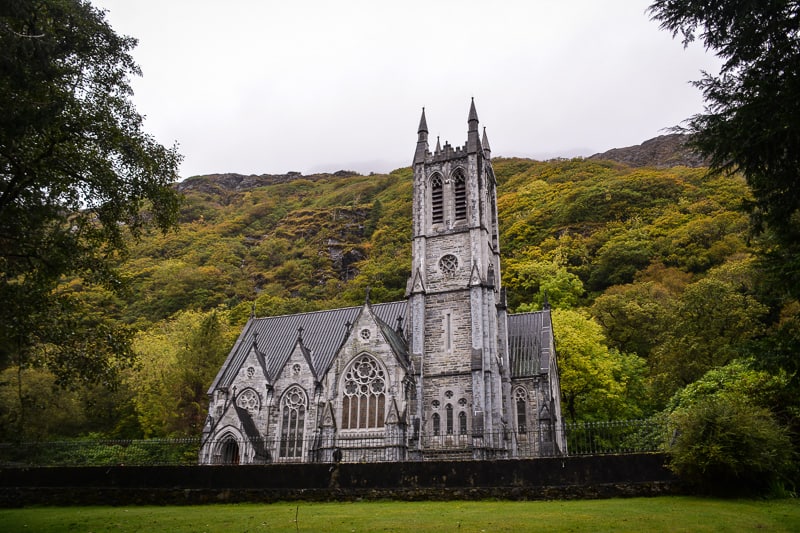 The Woods of Giants

No wonder that there were stories of giants exchanged as we walked past unusually shaped rocks, looked at barren ledges in the mountainsides. These woods seemed magical, hiding secrets in the disguise of huge mushroom cups and lichen-covered walls. We came across the Ironing Stone, a triangular shaped peculiar looking rock. The children of the boarding school would go here to make a wish, throwing little pebbles over their shoulders three times to get their wish granted.

Hidden in these woods we found the neo-Gothic church of the estate, carefully maintained now by the nuns, but built for the founder’s wife, Margaret. Just like the house, the church surprised us with the many feminine shapes and details. An elaborate building despite its diminutive size, like a small Gothic cathedral. Angels instead of gargoyles, floral motifs in the stonework, elegant multicoloured marble pilasters.

Right in front, a small cemetery. This was the final resting place of the nuns, modest, clean and almost uniform. One headstone, however, stood out. A black cross, right to the back of the site. The burial of a little school girl from the boarding school, the guide explained. Her body never collected by the family, now under the eternal guardianship of the nuns of Kylemore Abbey. 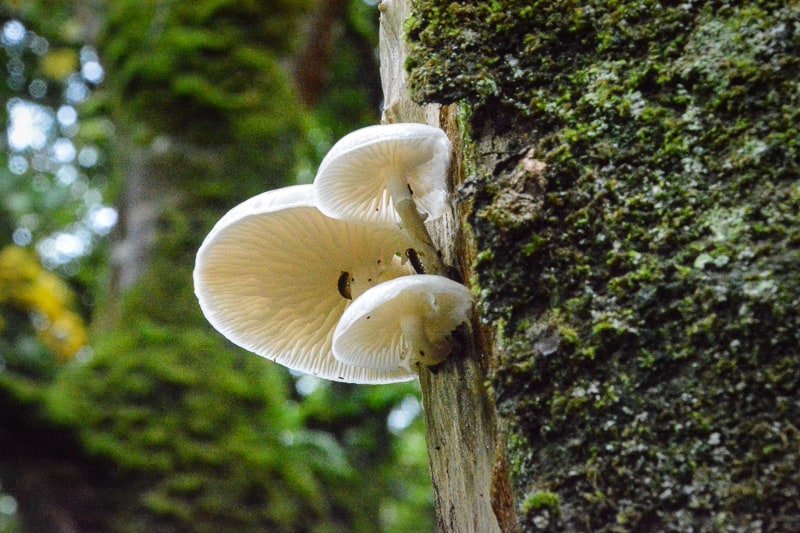 Afterwards, the free shuttle bus took us to the walled gardens. Through the double-door gate and in front of us the design stretched out in front of us like an opened book on its back. The position of the gardens had been selected very carefully, with the gentle natural slopes of the Irish landscape folding into the central pathway on the bottom.

In itself, this already created a warmer microclimate, but what certainly helped were the Scottish red brick walls which would release the stored warmth of the day once the sun would disappear behind the mountains. 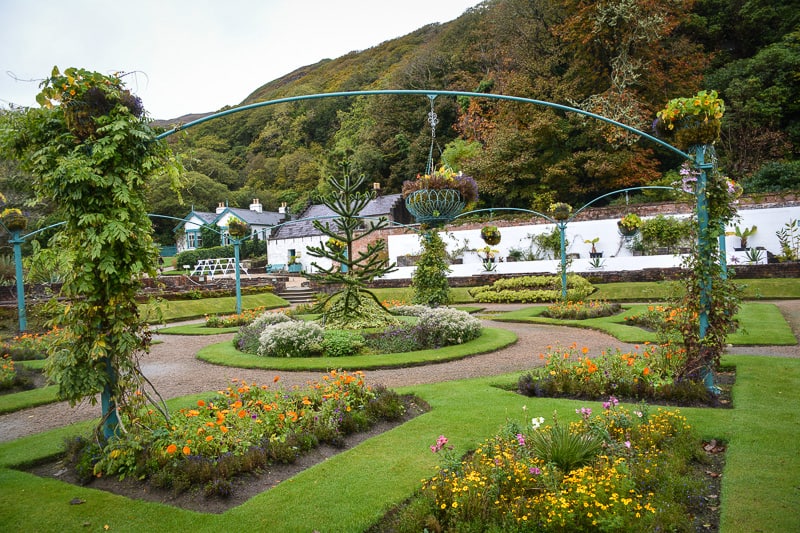 The Walled Gardens used to be an integral part of the estate, growing vegetables for the family, but also more exotic fruits such as melons and bananas. Also, little violets were cut from the flower beds for visitors, to be worn during evening entertainment.

While not all parts of the gardens were completely restored, the overall picture was still perfect. Most greenhouses had fallen into disrepair over time, their brick foundations adding some interesting perspectives to the formal flower gardens and lawns of the gardens.

By the time that we had reached the gardens, the sun had come out. As it was so many times during our visit to Ireland, this was the sweetest moment of our visit. The hardened autumn fruit, the delicate petals of flowers, the berries, still wet from the previous rain, now glittering in the rays of the morning sun. Spectral light adding a kaleidoscope of colours, tiny miniature rainbows in the droplets of water. 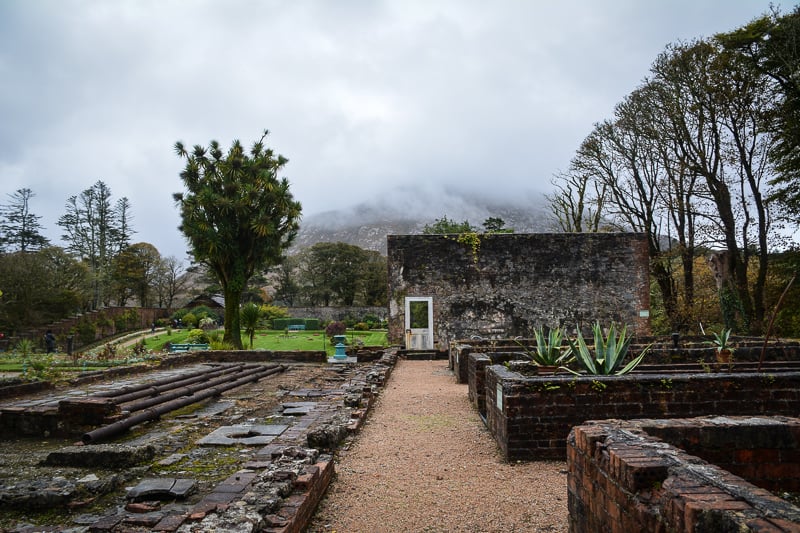 The White Horse of the Lake

Kylemore Abbey had so much for us to offer: history, local lore, and natural beauty.

A special place in the seclusion of the Connemara countryside, a tamed vision within the wild nature of the Wild Atlantic Way.

And who knows, when you visit you might encounter another legend from the area, that of the White Horse. The story goes that every seven years a white horse would race across the surface of Lake Pollaacapull, ripping the surface. The last vision was in 2011, so maybe in 2018, you can see the rising of the horse from the lake with your very own eyes.

For more information, visit the official website here: Kylemore Abbey and Victorian Walled Garden. Enjoy the rest of the photos ↓

Notions About Time at Muckross Abbey

Ice-cream in Ireland, or a story of happiness through resilience 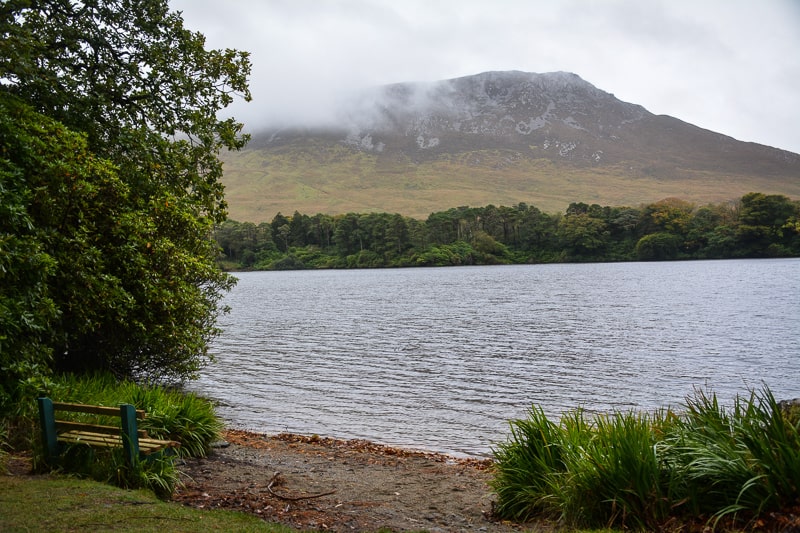 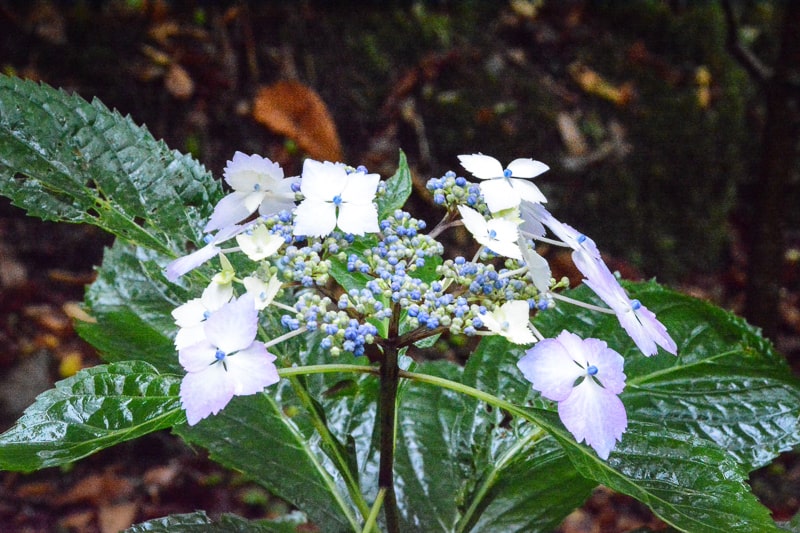 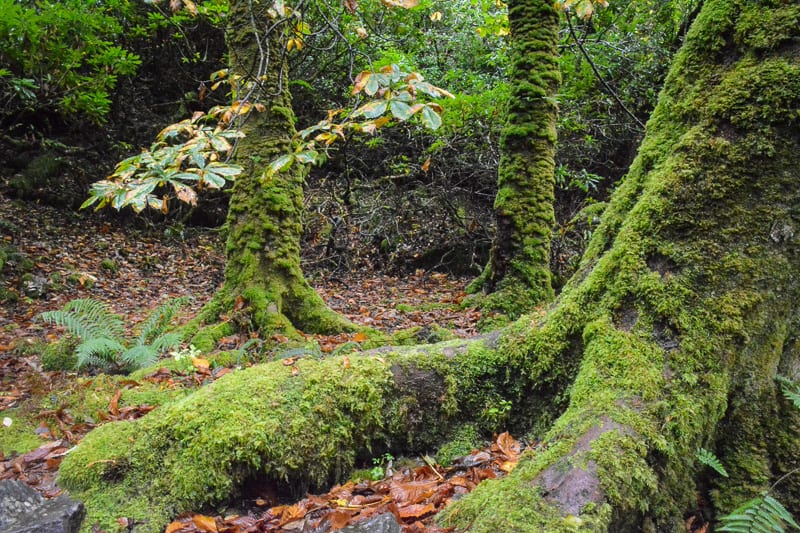 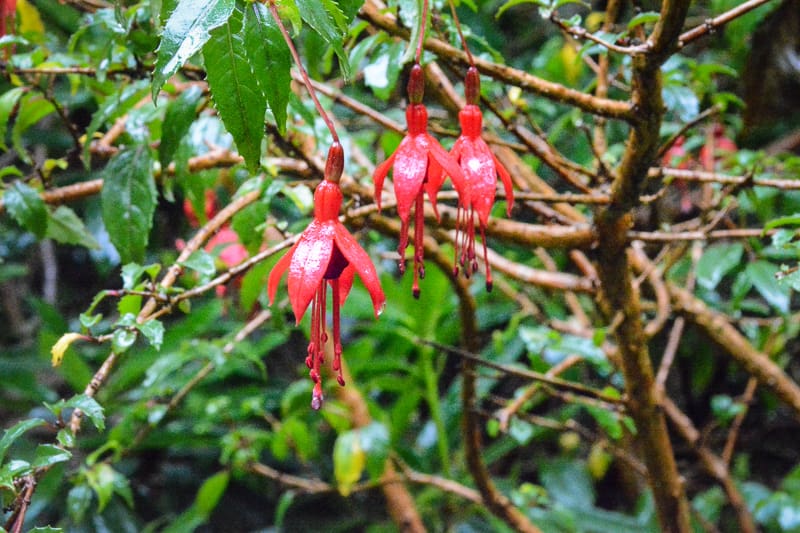 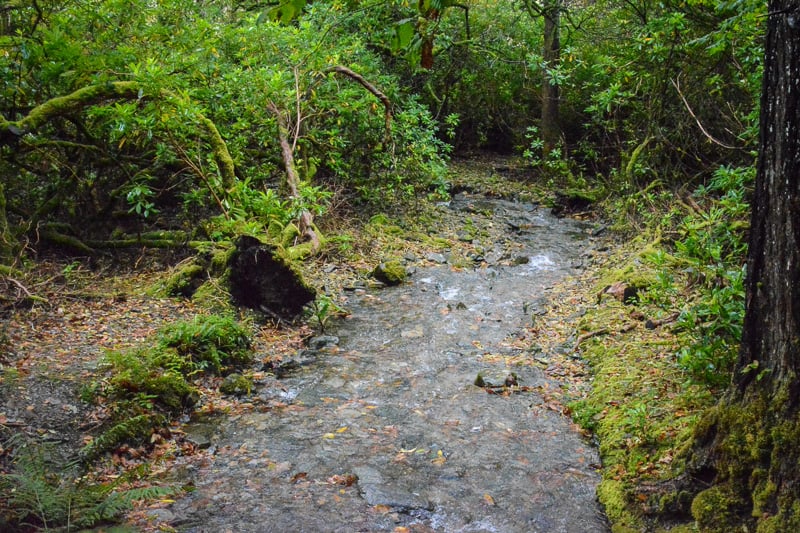 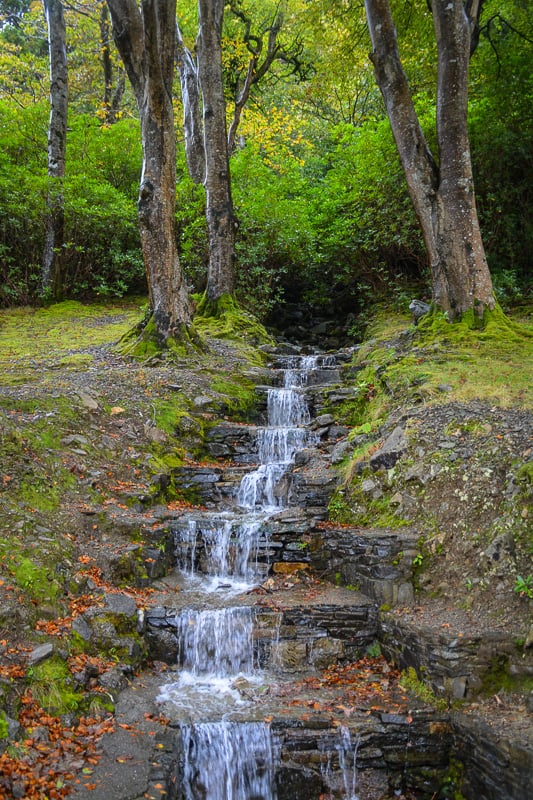 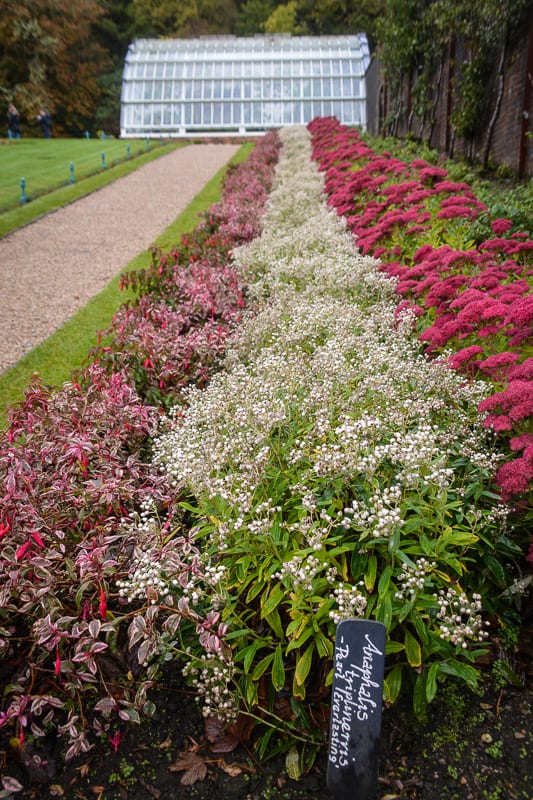 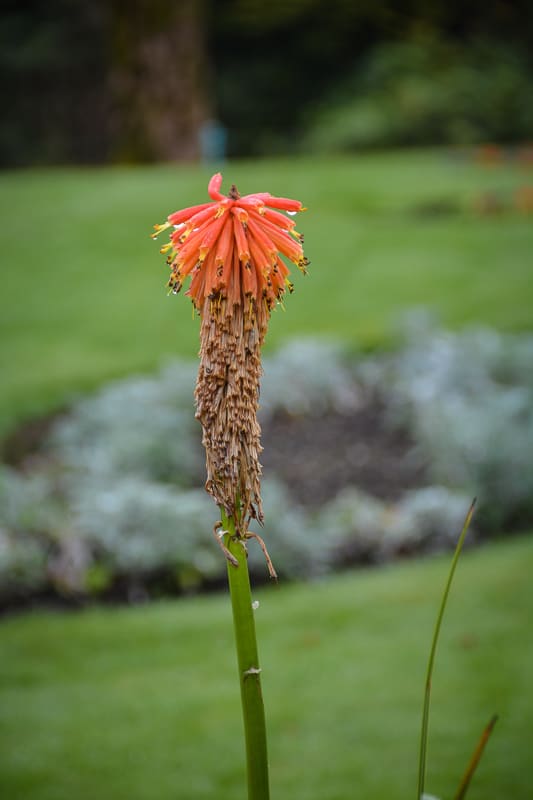 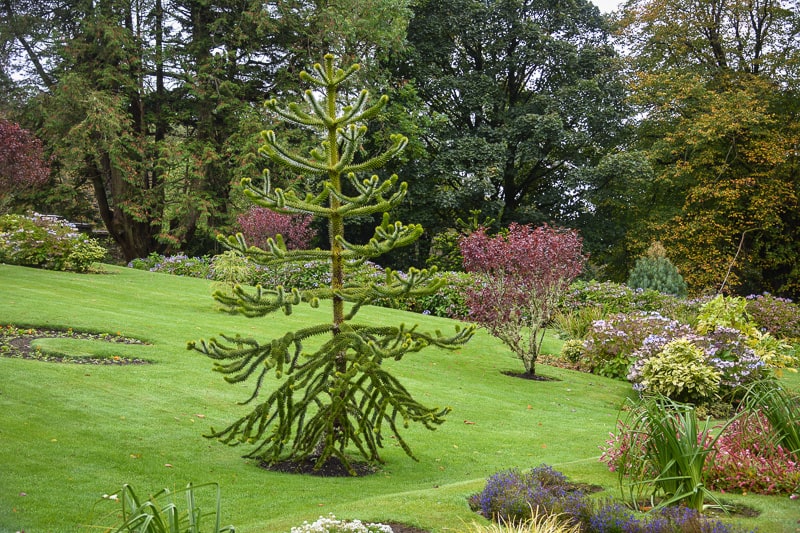 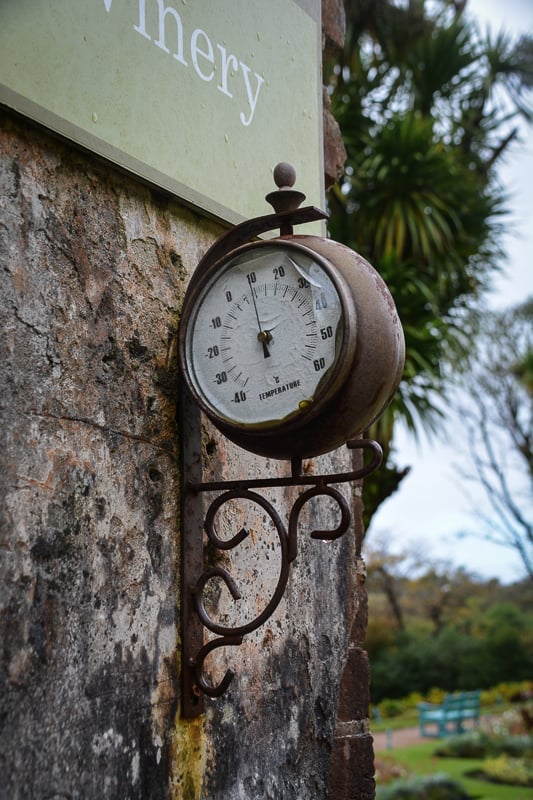 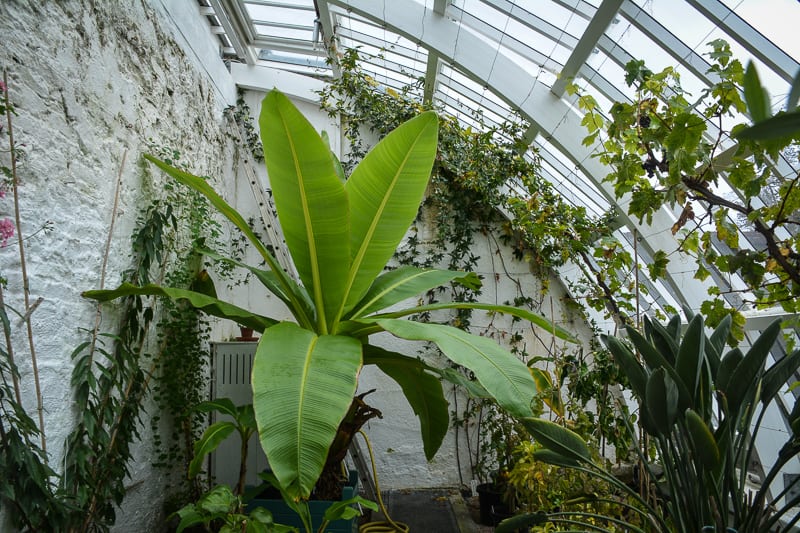 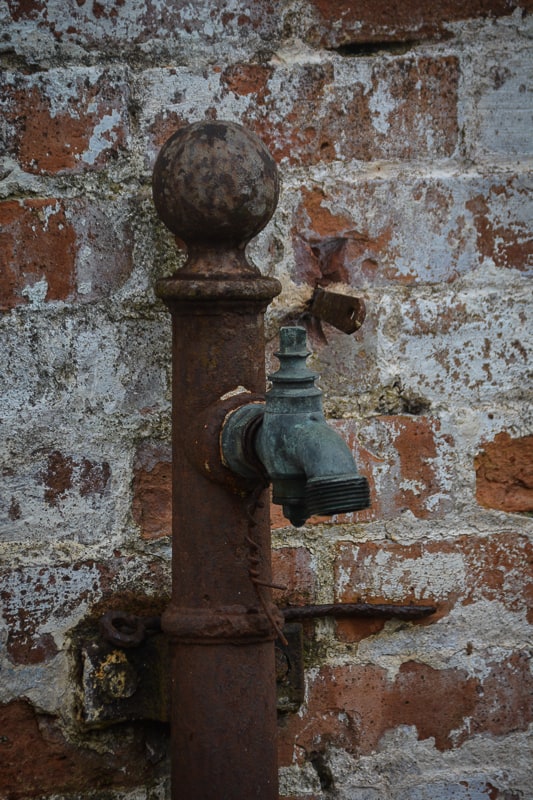 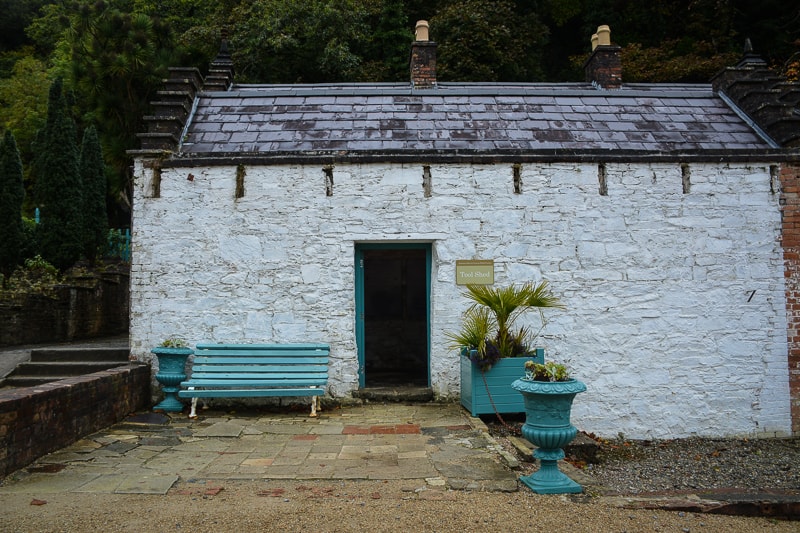 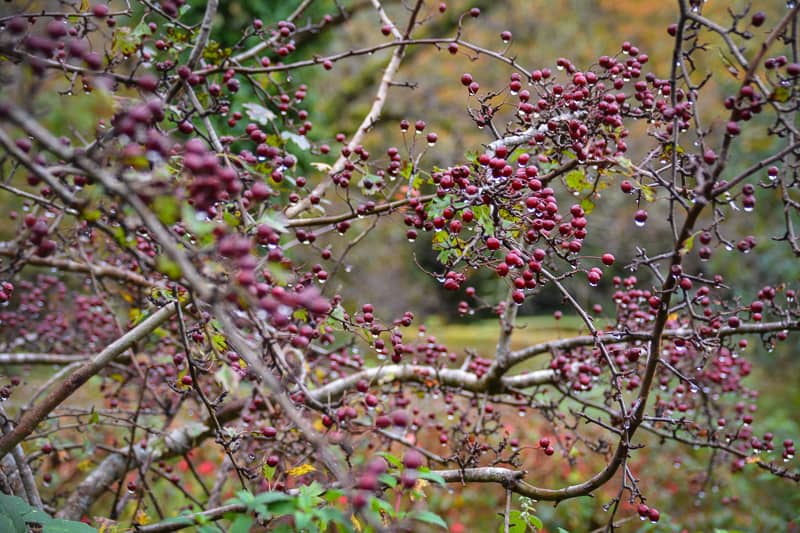 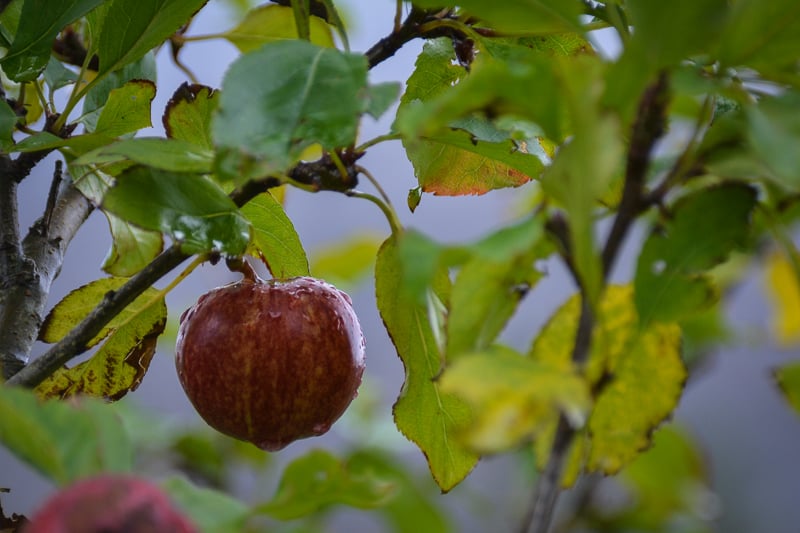 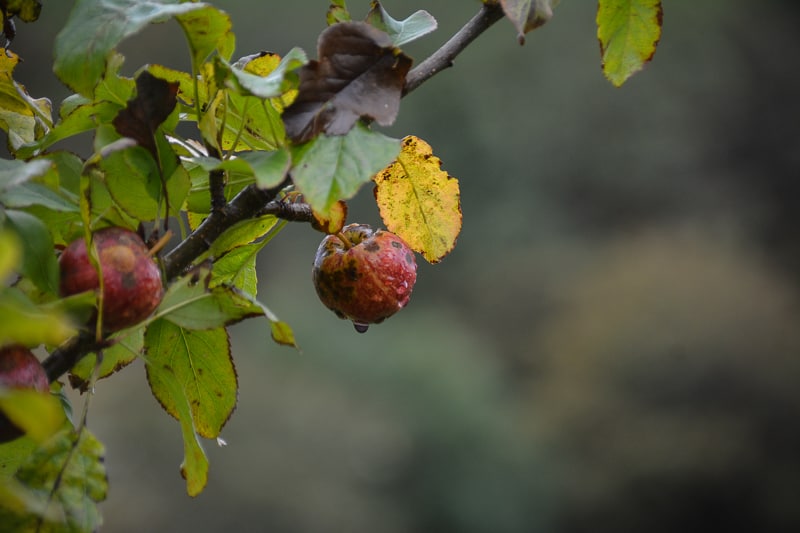 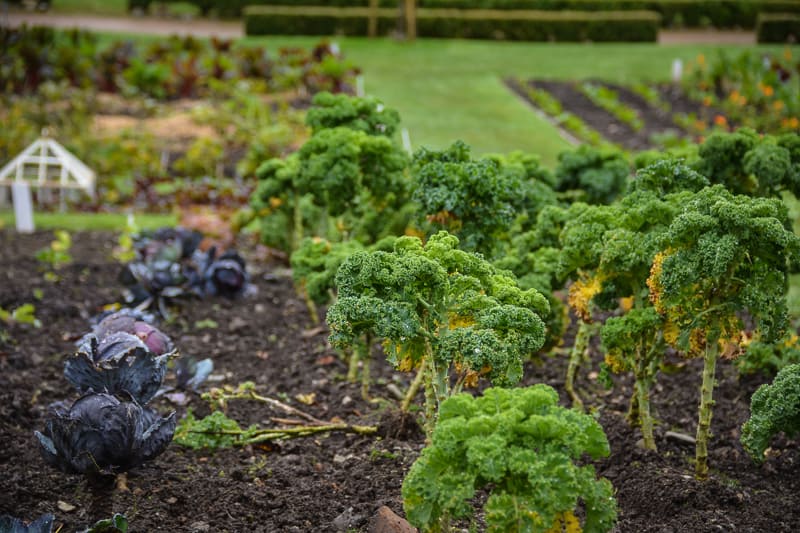 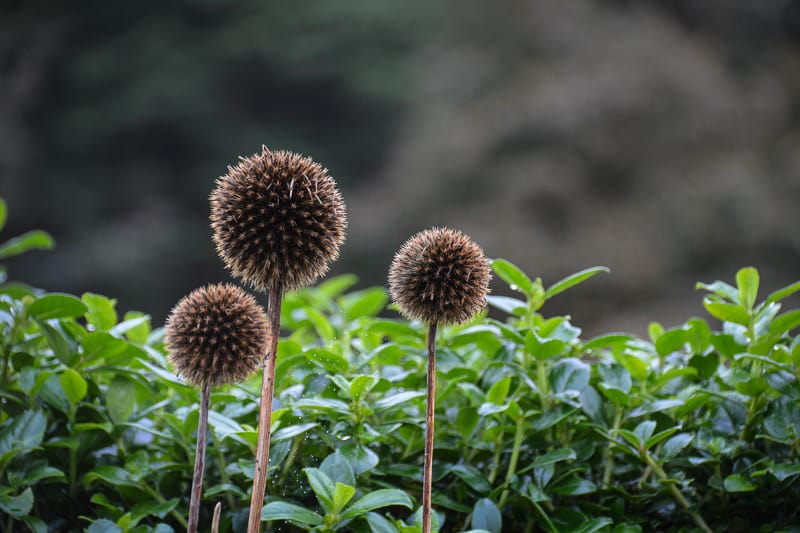 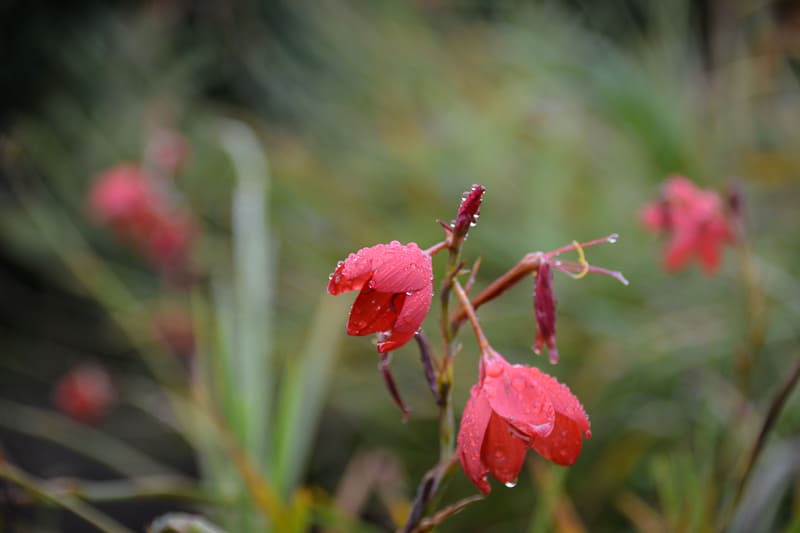 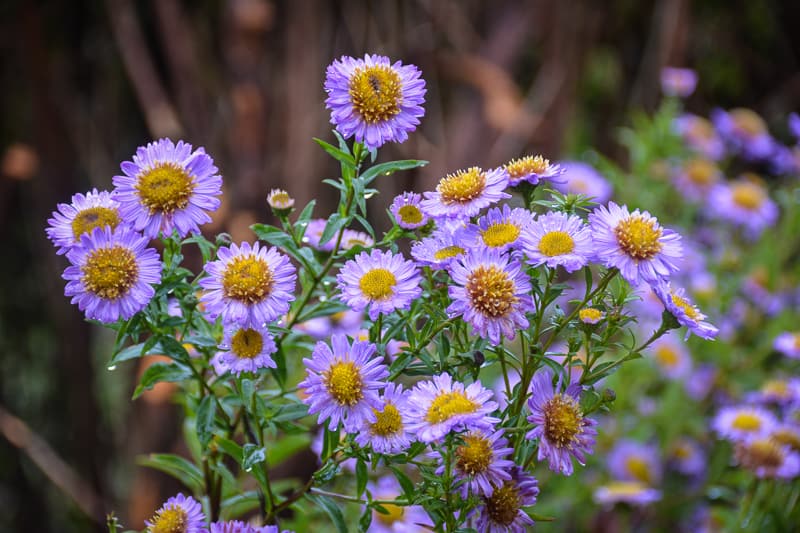 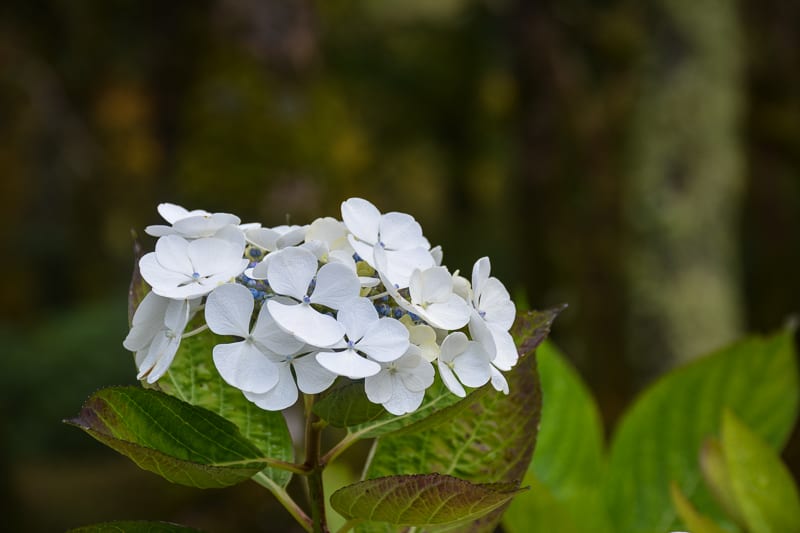 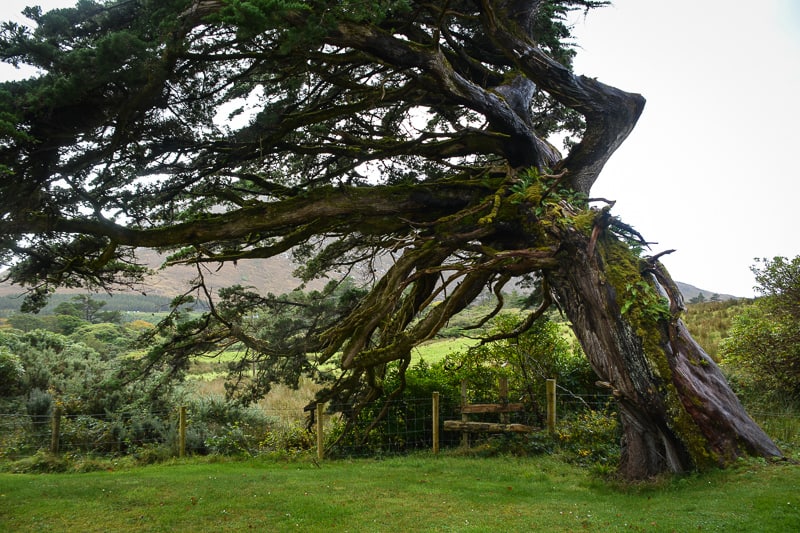 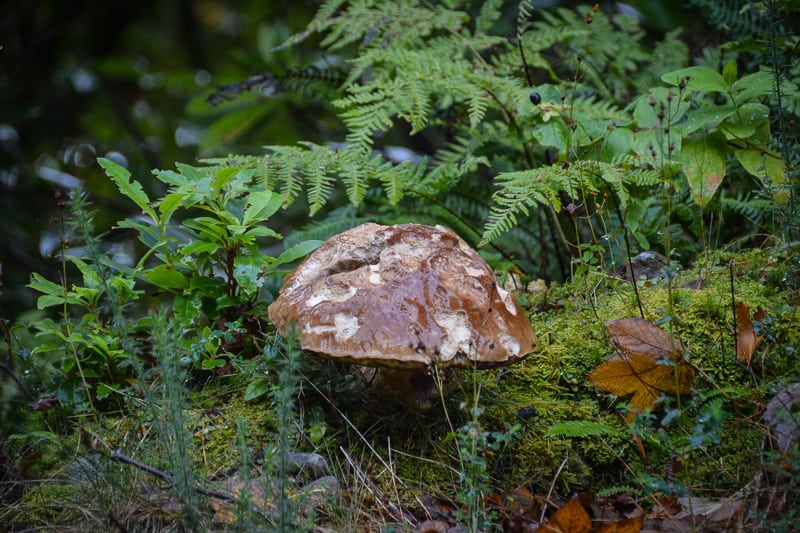 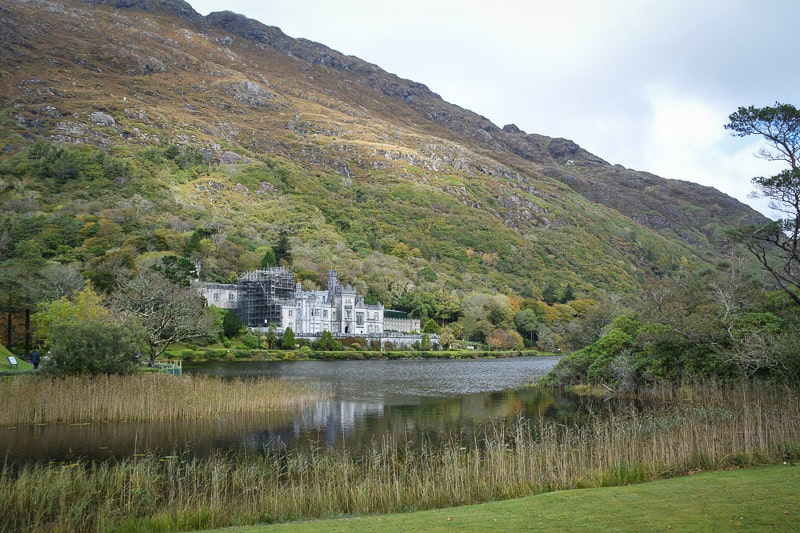 The Magic of Beara Peninsula