It is winter in Andalusia, the perfect time to visit the Alhambra and Generalife in Granada. “Today,” I tell my children, “you will see the most beautiful buildings in the world.” They look intrigued, want to know more. I tell them about houses that complement gardens that are made of water. I describe columns, so thin that they appear to carry no weight at all. The patterns on tiles, elaborate calligraphy praising the name of an almighty God.

They try to understand but they cannot really grasp what I am trying to explain to them. They will have to see with their own eyes.

On our way to Granada, we look out of the car window onto the wintry Andalusian landscape. The trees are heavy with fruit. Oranges and lemon and mandarins, little dots of yellows and oranges in the leafy green of the orchards. Almond trees in full bloom. The snowy peaks of the Sierra Nevada in the distance under a cloudless sky. Smoke from hundreds of fires leaving a blanket of haze in the valleys.

Our visit to the Alhambra and Generalife is timed well: The temperatures are mild, the sun is out, there are not as many visitors as in summer. 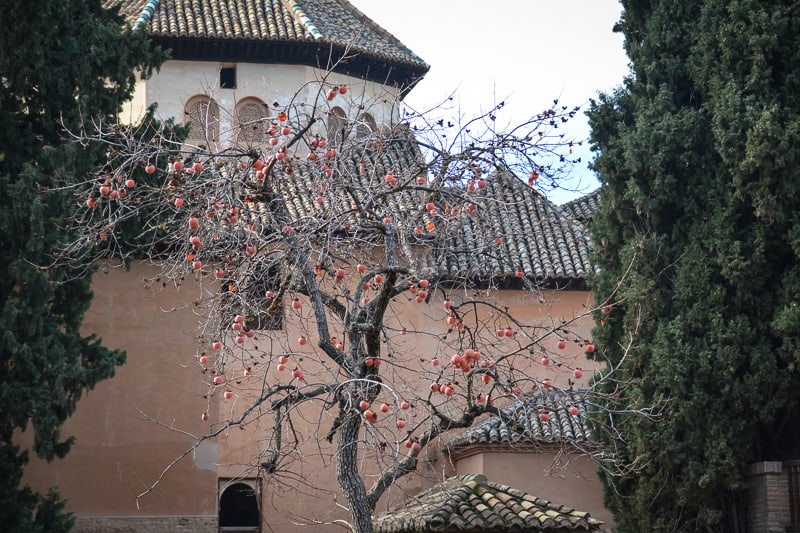 Alhambra and Generalife, Last Stronghold of the Moors

The Alhambra was the last stronghold of the Moors during the times of the Reconquista. When the Catholic Kings approached Granada in 1492, the year that Columbus reached America, the ruling dynasty wisely decided to hand over the keys of the fortress to the Spanish Christians rather than see it destroyed in a lengthy siege. We need to be grateful for this foresight as it left the Alhambra in almost pristine condition.

The Alhambra, that is not just a castle but a complex of buildings. There is the red fortress on the bow of the mountain overlooking the city, where swallows circle the square towers with their battlements. Strong walls built for defence, defiant and functional. 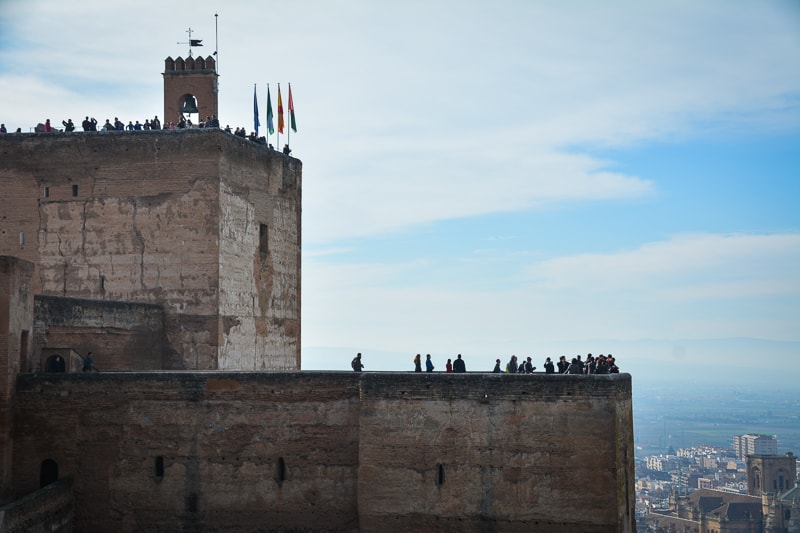 Then, there are also ruins and foundations that are silent witnesses of the hundreds of years of occupation. Gardens and residences and military ruins. Lastly, a collection of buildings added by the Christians after the Reconquista such as churches, gates, and palaces.

Yet, the gem of the Alhambra and Generalife complex are the Nasrid palaces, a succession of courtyards in Moorish style, surrounded by the most beautiful buildings that the world has ever seen. Childhood home of Catharine of Aragorn, first wife of Henry VIII, and before that, the centre of Islamic power in Spain for centuries. 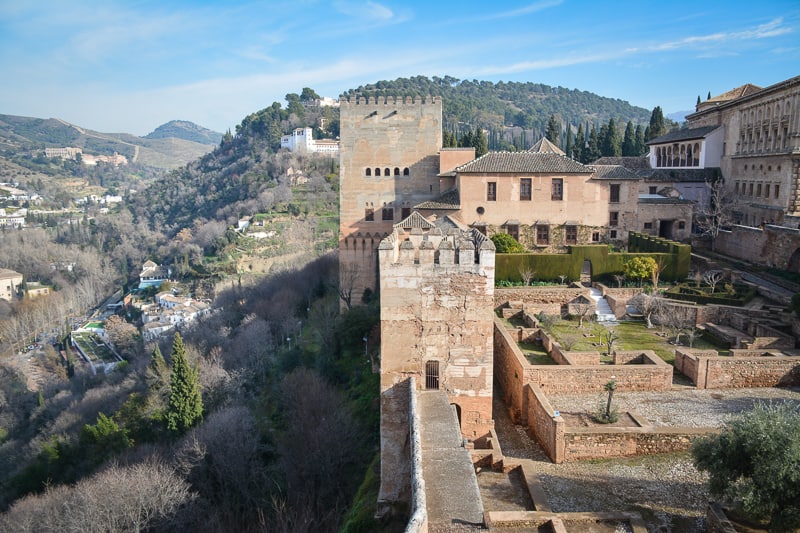 The Most Beautiful Buildings in the World: The Nasrid Palaces

The children are stunned by the elaborative artwork inside the palaces. Forms and patterns in stucco and wood, stone and ceramics. We see stars and flowers, animals and shells. Endless geometrical patterns that are both, symmetrical and random. Pleasing to the eye, playful and orderly. We see elegant round arches, painted with minute detail. Vaults shaped like stars with honeycomb surfaces that resemble stalactites in caves. Perfect proportions and carefully planned vistas.

The wintry Andalusian light falls through windows high up in the domes. They are covered with jalousies that are creating playful patterns of light and shade on the ornate walls. Other windows open up on eye-level, giving way to sights of the city on the other side of the river. 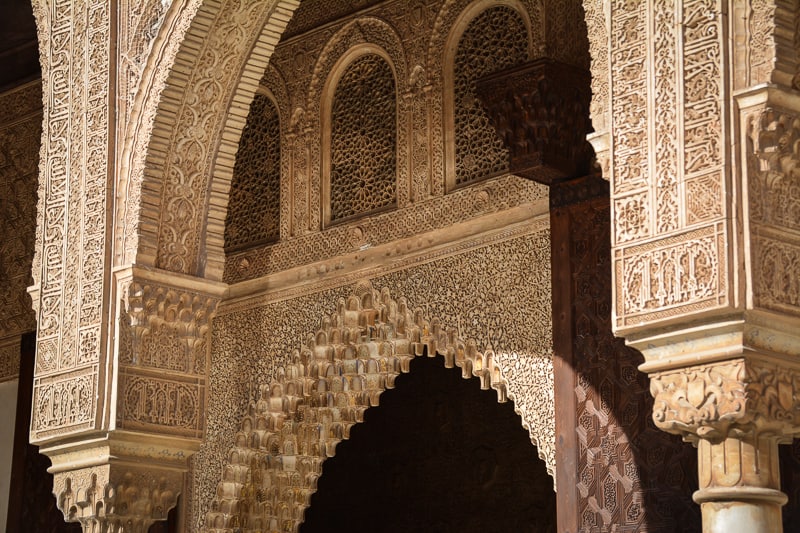 To our feet, the city of Granada spreads out like a sea of houses. We see ancient palaces and courtyards, make out the city miradors which are packed with ant-like visitors, trace the Moorish city walls with our fingers. Music and laughter echo up the mountain all the way to the Alhambra, clapping hands and stomping feet, the melodic tunes of a Spanish guitar.

Water is everywhere in the Alhambra and Generalife, the purest symbol of life to the Moors. In the Nasrid Palaces, it’s the most important feature. Some say, these palaces have been built on water. The water gives life, cools the air in summer, is an important part of the composition.

There are little fountains in the floors, easy to trip into. In channels it flows to the centre of the courtyard, feed the fountains, fill the basins that reflect the images of the buildings back to the visitor. Light that falls onto the watery surfaces reflect deep into the darkness of the biggest halls, paint wavy patterns on walls and ceilings. 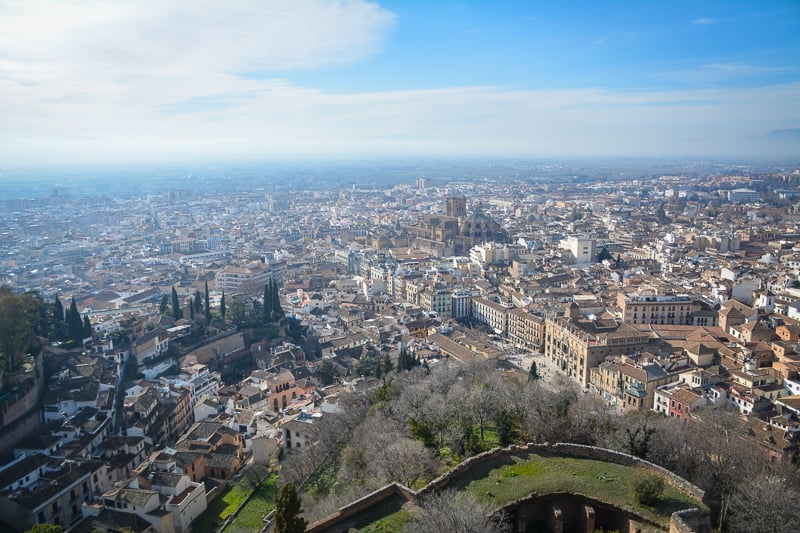 From the Nasrid palaces we walk to the last part of the Alhambra, the Generalife. A small summer palace on the other end of the rocky outcrop. The vineyards are barren in winter, only some vegetable patches show winter cabbages. The leafless pomegranate trees carry pink pomegranates, symbol of the city of Granada. On our way to the palace, the children play among the hedges, run around the fountains, squeaking in delight. 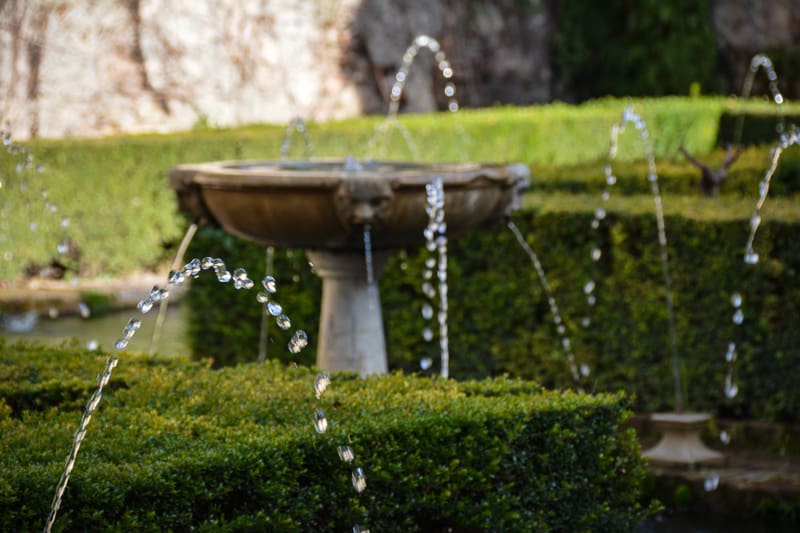 It is time to go. We take the garden stairs, marvel at the handrails that are made of water channels, hear the gushing of the water to both sides as we climb up the steps. 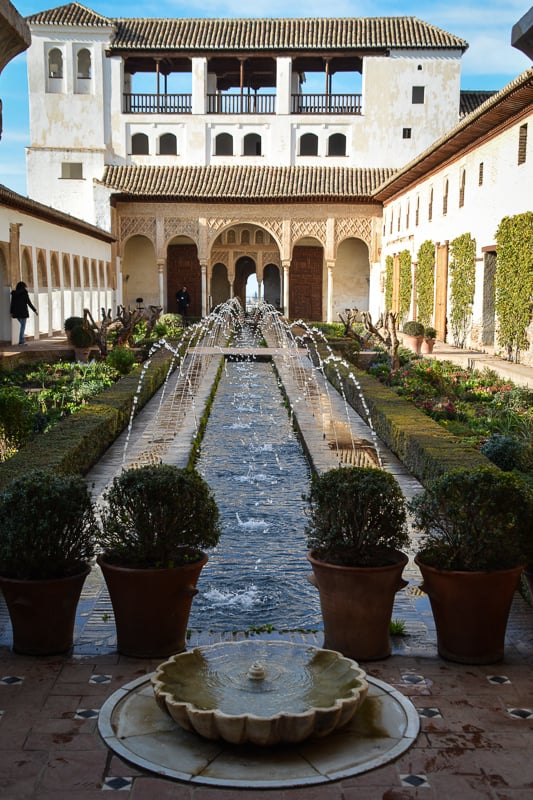 Important Tips for Visiting the Alhambra and Generalife in Granada: Tickets and More

The Alhambra and Generalife complex in Granada is, next to the Real Alcázar in Seville and the Mezquita in Córdoba, one of the most popular tourist attractions in Andalusia. It is easy to see why.

To avoid disappointment, secure your tickets online as soon as you have confirmed your travel dates, using the official Alhambra website. Entry to the Alhambra is very limited and can be booked out weeks in advance. To preserve and protect the fragil nature of the structures inside the Nasrid palaces, visitors are allocated time windows during which they may queue to enter the palaces. All the other parts of the Alhambra and Generalife can be visited in your own time.

In our view, you don’t have to book a costly tour to see the Alhambra; it is more economical to buy a good book in the gift shop afterwards. You will need at least half a day to cover the complex. Avoid the hot mid-day temperatures in summer.

More photos coming up next! Love Andalusia as much as I do? Then have a look at my comprehensive Andalusia Travel Guide! 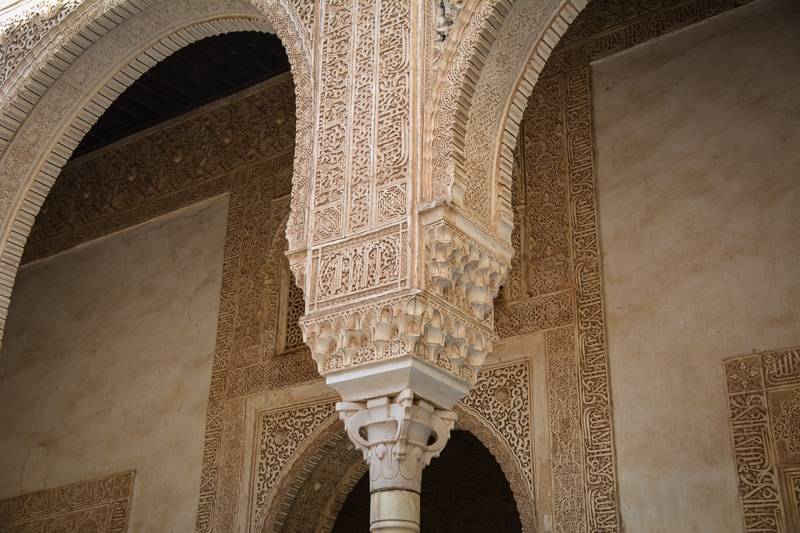 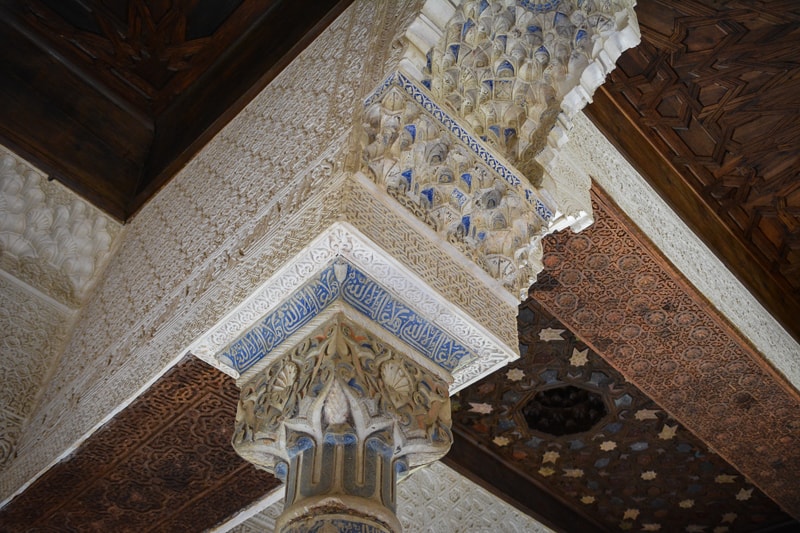 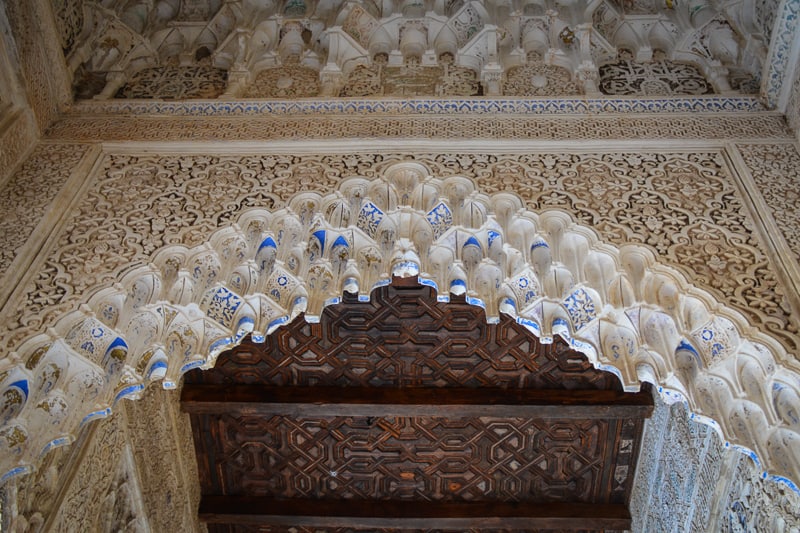 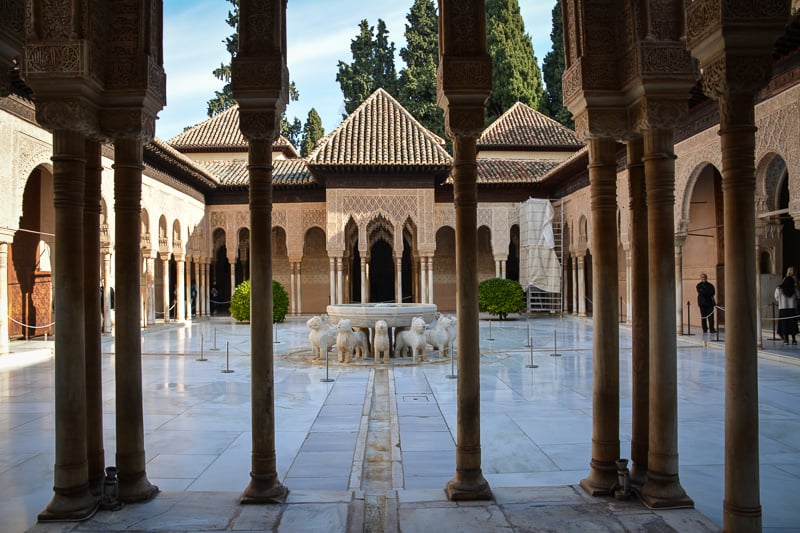 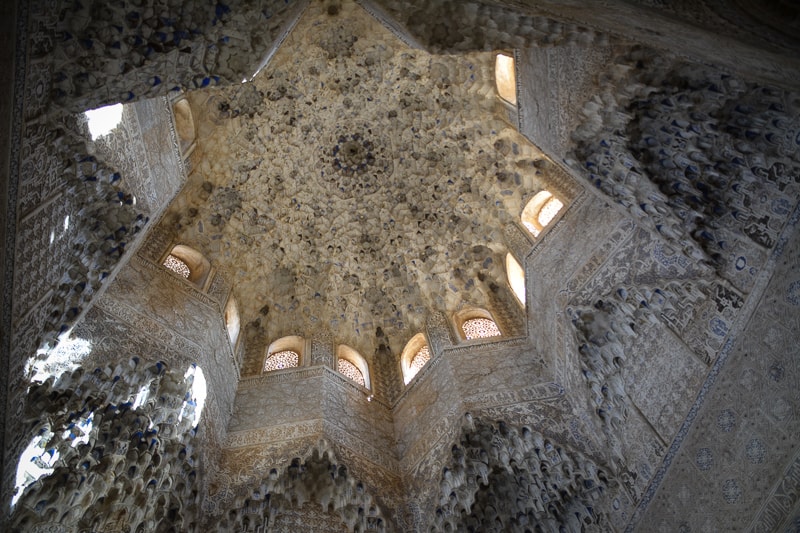 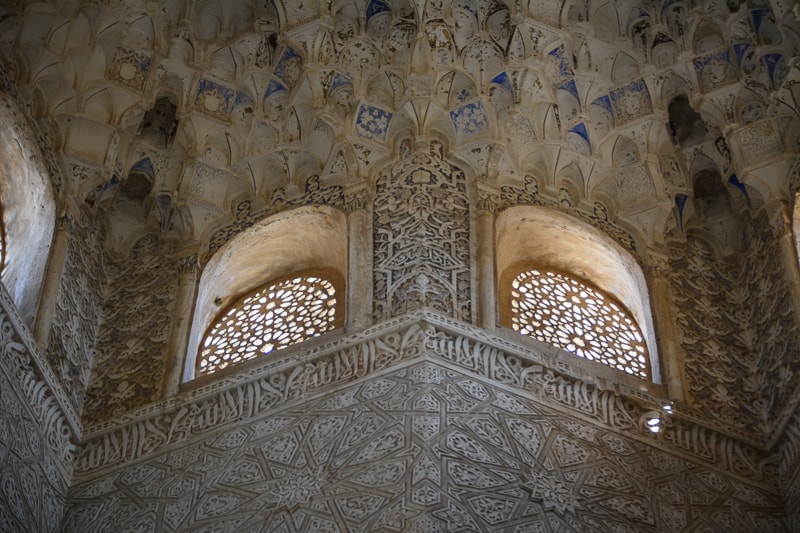 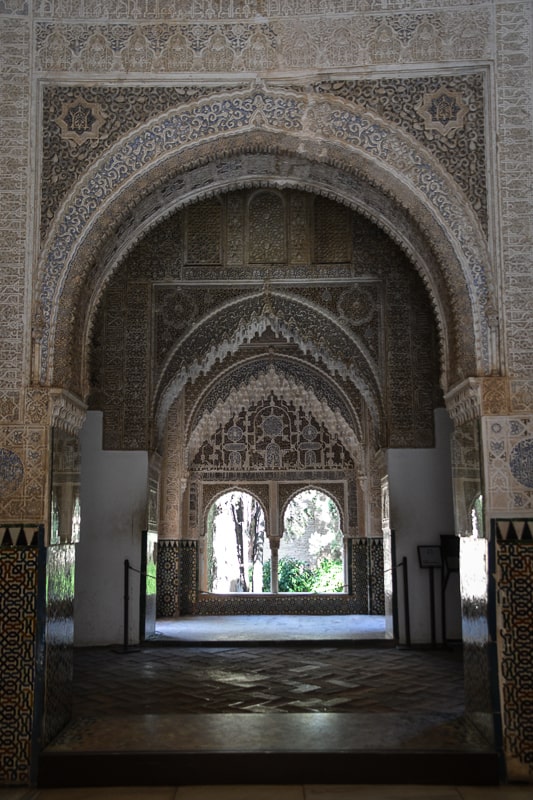 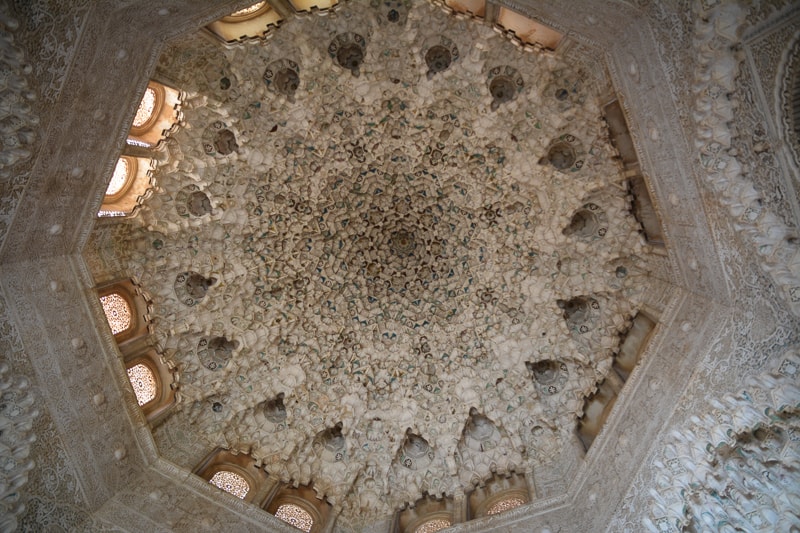 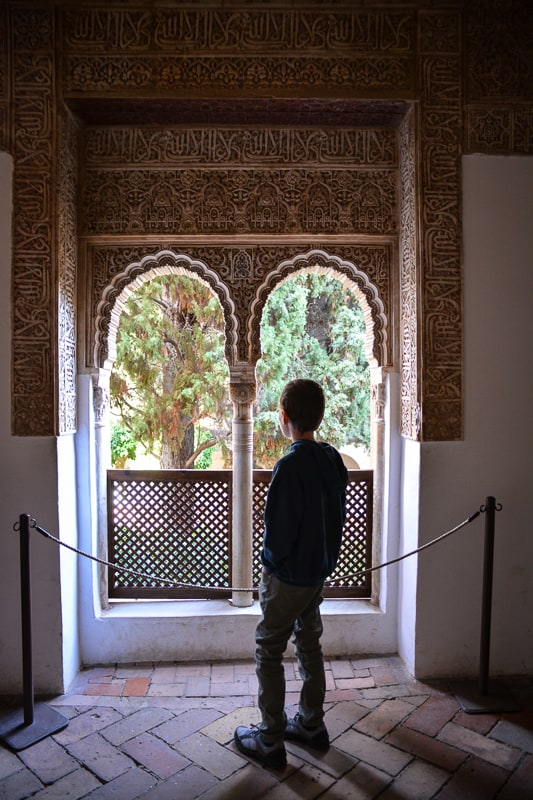 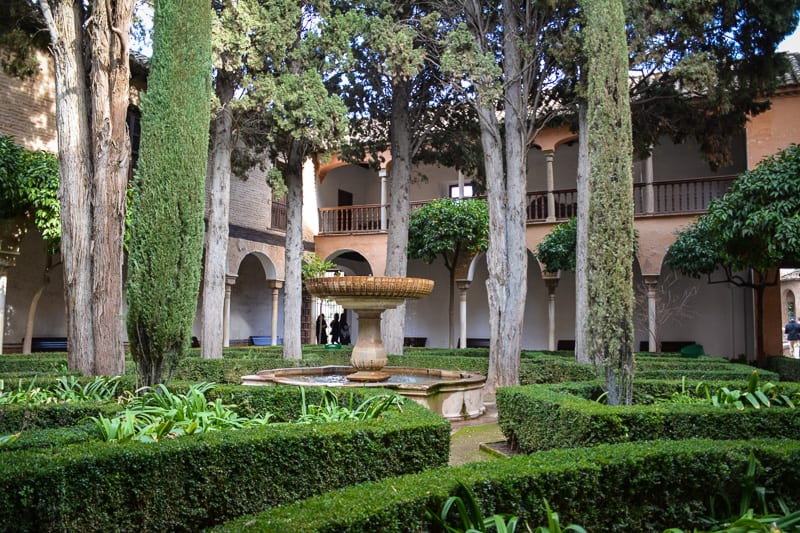 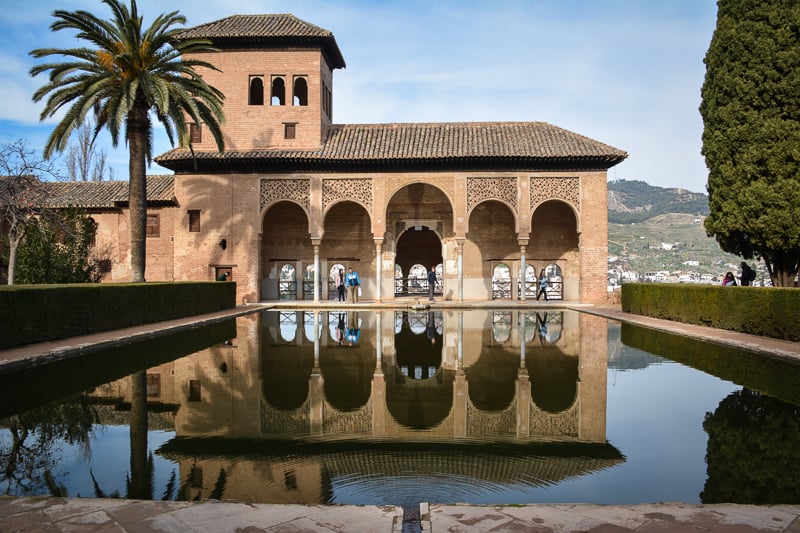 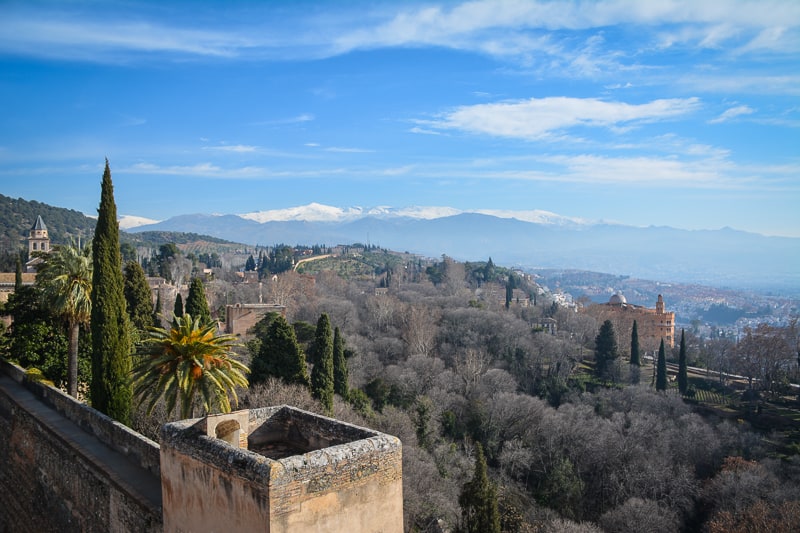 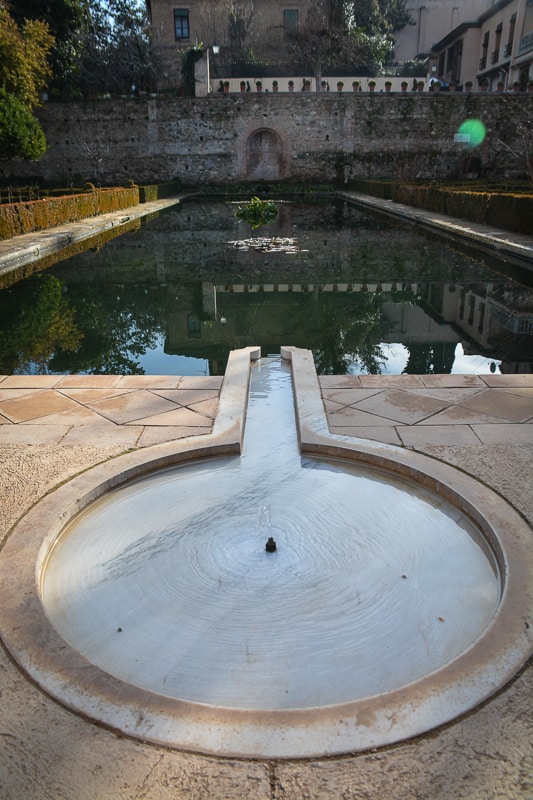 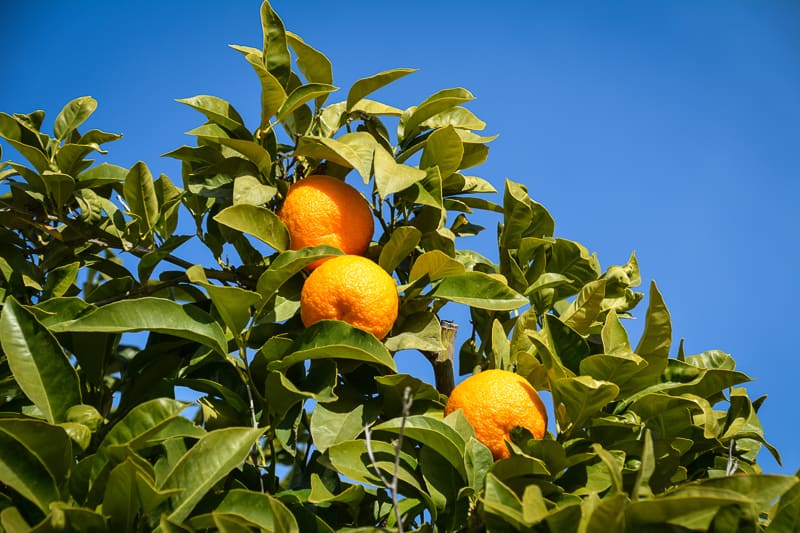 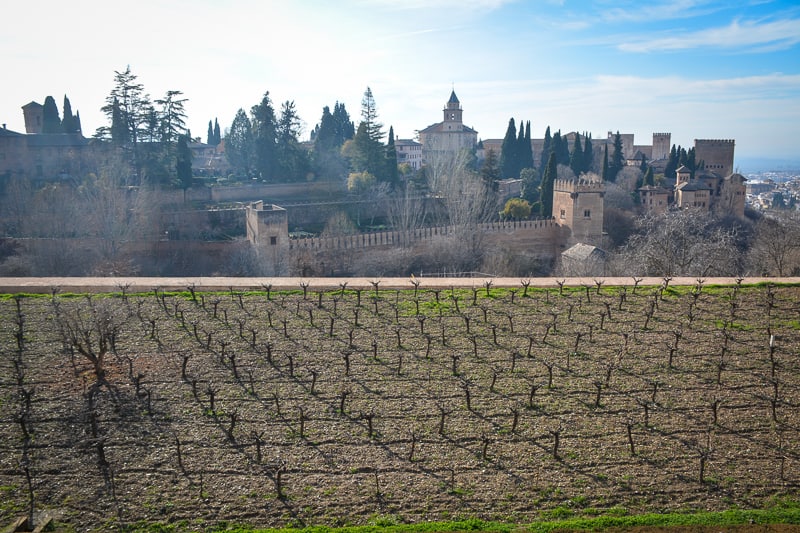 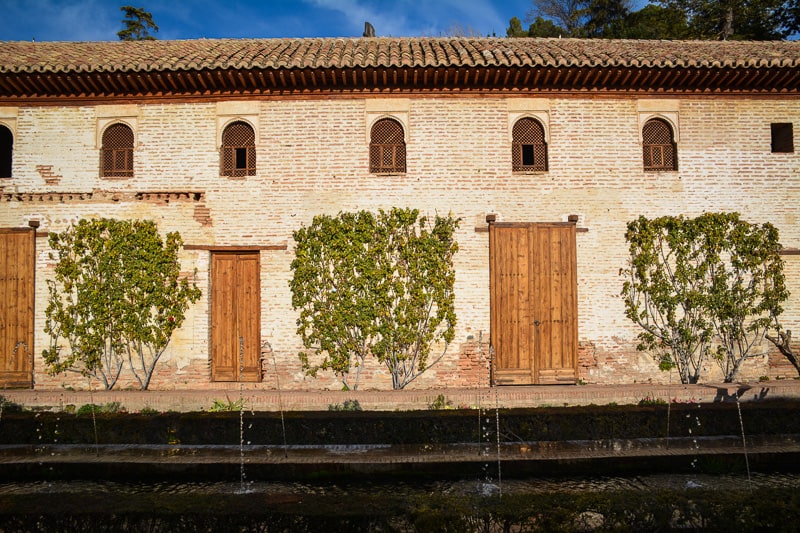 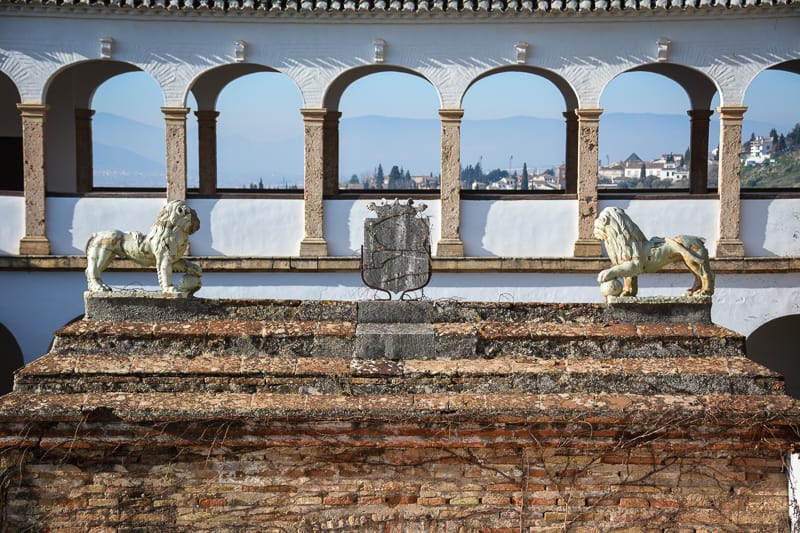 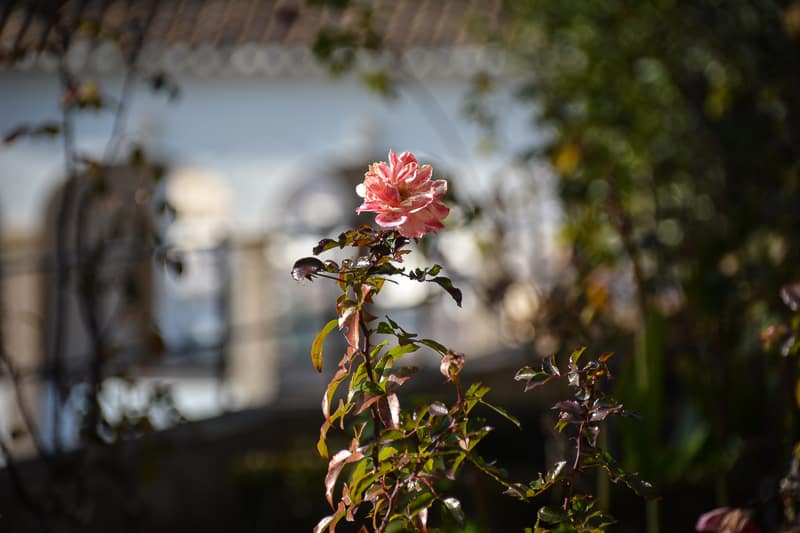 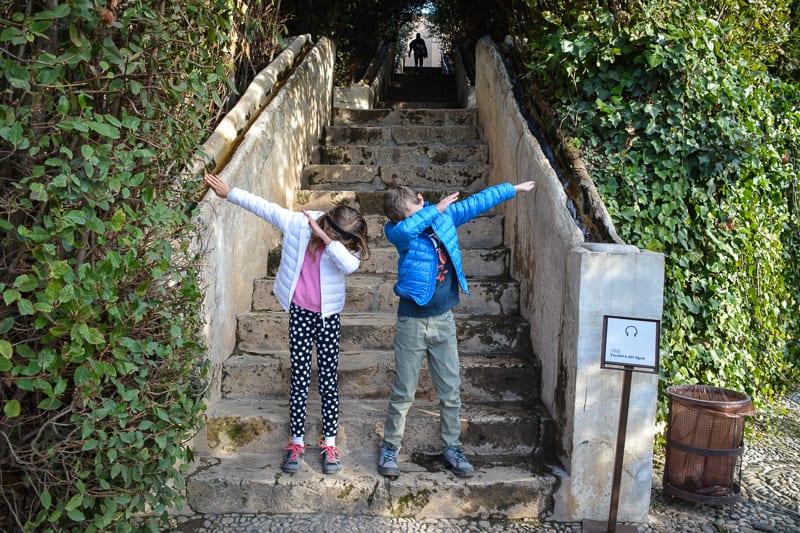 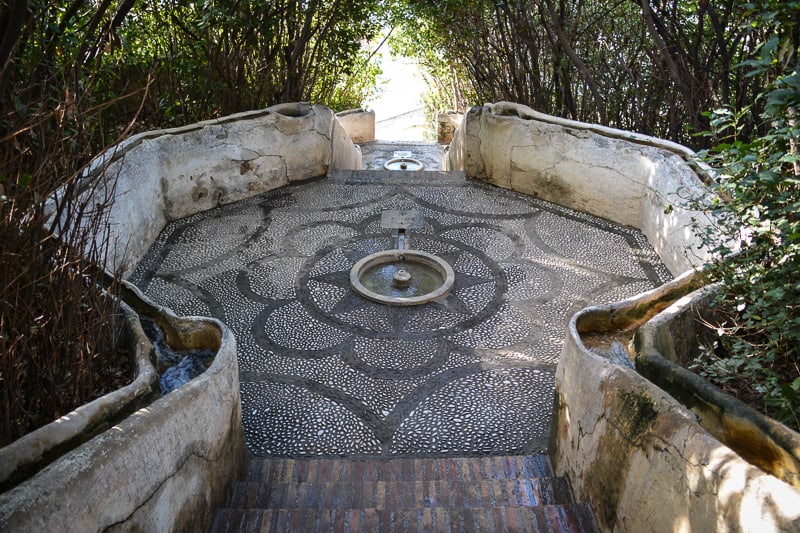