The Baha’i Temple in Sydney’s North

If you have ever been to the Sydney Northern Beaches you may have come across a striking building on top of one of the hills in the Mona Vale hinterland, in Ingleside. Have you ever wondered what it might be? Sure, it does look like a place of worship, like a mosque or a temple maybe. It looks Indian too. And looking at the street signs, it is signposted as the Baha’i Temple. This sounds Indian too.

But it’s not Indian at all. It has nothing to do with Hinduism or Buddhism, or any other major religion that you know. This is a Baha’i temple, and while Baha’i is a certain type of religion it is not your usual form of worship.

The Baha’i religion is an interesting one, and if I had just a little bit of spirituality in me then I think it would be my religion of choice. The Baha’i are non-missionary unlike many other newer religions, yet it is a global faith that has managed to attracted quite a number of followers, more than 7 million followers according to the latest estimates.

Its central theme is that humanity is one family and that the time has come for its unification into a peaceful global society. It’s like a religion that embraces humanity, taking the very best teachings from all major world religions and combining them into one message. It’s a religion that is not exactly preached but that invites you to explore and discover the meaning in your own time, in your own personal bubble.

The Baha’i Temple in Sydney is considered a gift of the Baha’is to the Australian people, and you are very welcome to come and explore the building and the grounds. You don’t need to be afraid, nobody will try and sell you something.

I just like to visit places like this just like I like to visit churches and temples. It’s a beautiful building surrounded by a formal garden composed with Australian native plants. I have seen the temple in Apia, Samoa and was equally impressed (read about it here). There are only 8 of these buildings worldwide, so the one in Sydney is really pretty special.

If you want to, you can also take part in on of the Sunday services which happen every week at 11am.

There’s a couple of things you will notice around he grounds, such as the symbolic reoccurrence of the number nine which is evident in the temple’s floor plan as well as the nine-sided star above the doors. Inside, look up to the ceiling to see the calligraphy in the centre of the dome, meaning the “Greatest Name”. 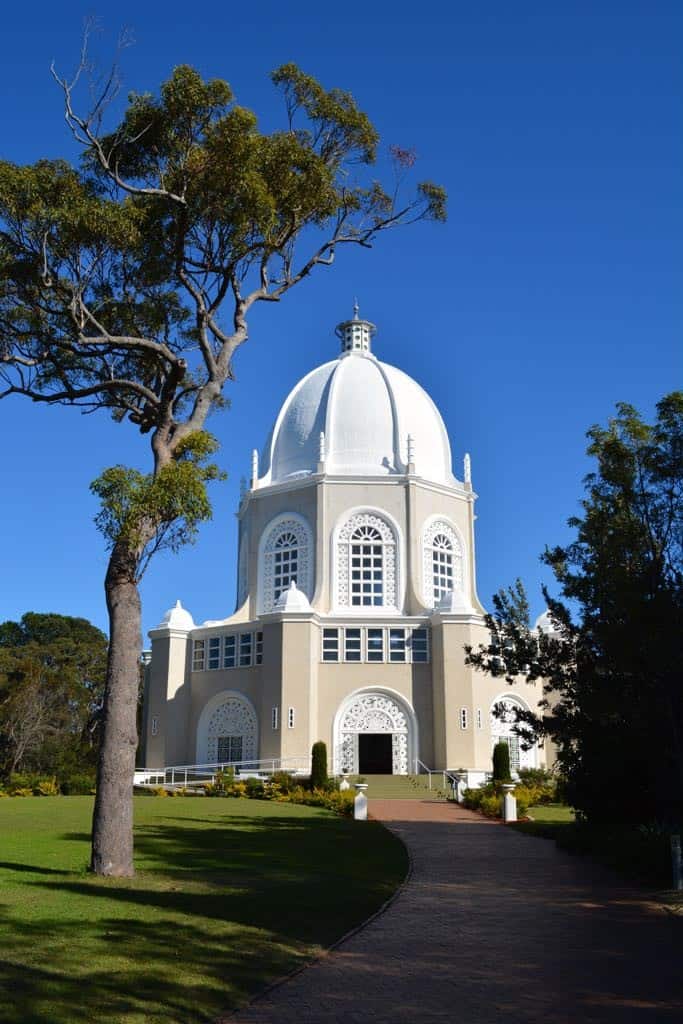 Why the historic Queen Victoria Market is worth a visit